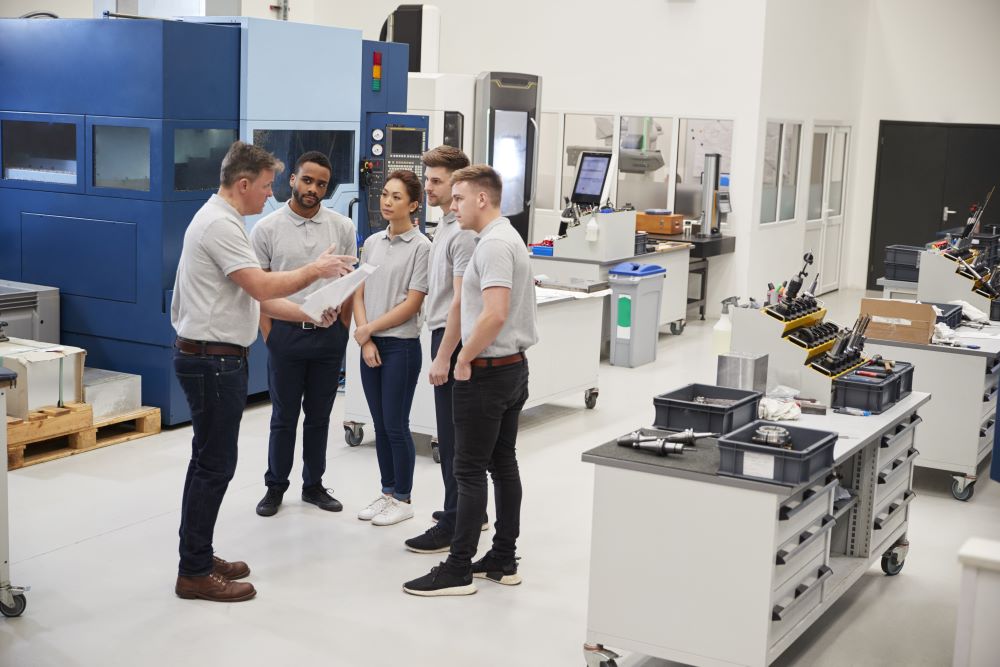 A couple of weeks ago, a client and I discussed some of the issues he had with his peers. He couldn’t understand why they didn’t go ahead and do the work when he assigned them a task. “Why,” my client asked, “won’t they do the work?” His manager asked him the same question he had just asked me.

First of all, I have a problem with his manager, who had never made it clear that this supervisor spoke for the manager when he parcelled out tasks to the other two supervisors. The official organizational chart shows them all reporting directly to the manager. Each shift has a production goal to reach, and the

tasks being “assigned” were above and beyond the production quota. Clearly, the shift supervisors will prioritize production work over the request a peer might make for additional tasks to be accomplished.

The benefit of the Doubt

Perhaps the department manager wanted to see how well this supervisor could influence others to get work done without the authority to hold them accountable. Leaders must indeed work across functional departments to get work accomplished. So this might be a worthwhile “experiment.” I believe, however, if that is the case, the manager has set this supervisor up to fail.

Influence without authority is almost always a skill required at the senior management level and above, not the supervisor and worker level. Especially not when the peers involved are in the same department with a shared manager.

Work-life is usually a full-time negotiation. But successful negotiations require reciprocity, and in the situation this manager set up, there is little chance for a reciprocal negotiation. What can the first shift supervisor offer the other supervisors? After all, he does not review their performance; he does not have the authority to “write them up” for poor performance or take any other disciplinary action.

The proof that this situation would fail is that it did fail. There were no consequences for the other supervisors not completing tasks the first shift supervisor asked them to take on. They were always polite, but when the time came for them to complete the agreed-upon assignments, they had only myriad excuses for not doing so.

Generally speaking, I have found very few people fail at their jobs. Instead, it is the environment or processes that cause the failure. I suppose there are exceptions, yet I believe it would be easy to argue that the failure was caused by a hiring procedure and not an individual.

The situation I’ve described above seems to be a perfect example of setting a person up to fail. With careful thought, the manager could have set things up to succeed. He merely had to clarify to all the supervisors that his first shift supervisors would be adding improvement projects to everyone’s plate. The manager would be following up to make sure everyone completed the tasks assigned.

From an organizational structure point of view, making the first shift supervisor a “Lead Supervisor” and adding to the respective supervisor job descriptions the expectation of assigning and accomplishing the improvement projects would produce a clear outcome.

Where in our organizations have we established unclear assignments? How have we set people up to fail by inadequate procedures or an environment that allows a lack of performance? One of our most important functions as leaders is to design our organizations to ensure our people succeed.