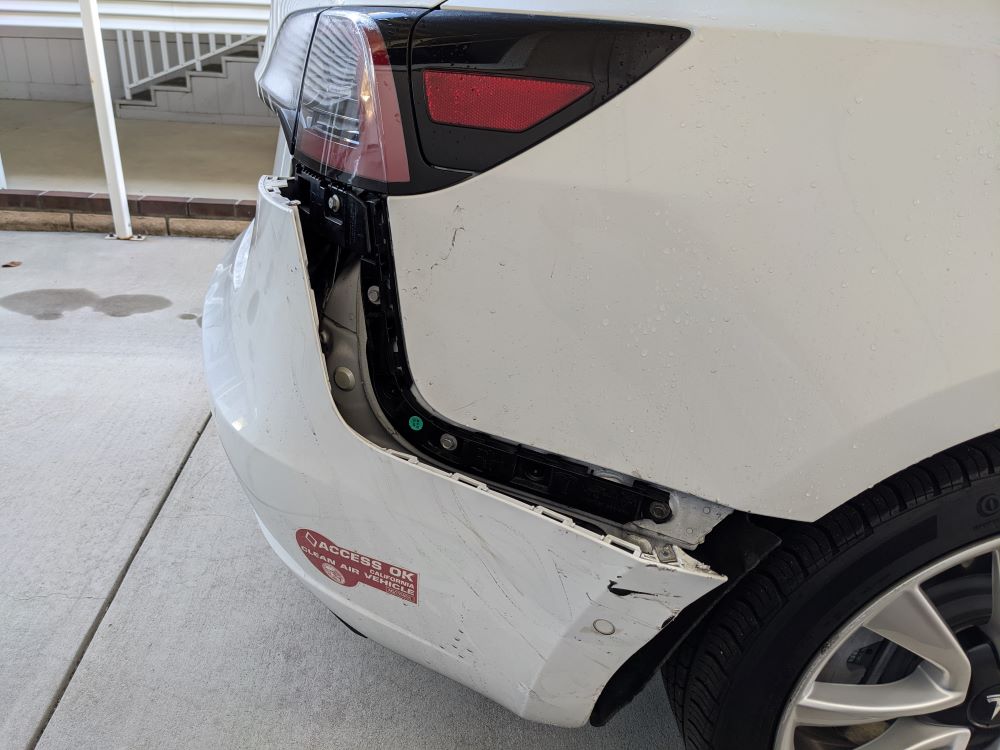 I have made plenty of bad decisions in my life. The worst ones are the ones where I know what I’m doing or about to do is foolish, but I do it anyway. It almost always turns out bad. The most recent one involves raindrops, an obscured mirror, my car’s rear bumper, and outside stairs. I’m over it now (it’s taken weeks and over $1,500, but I’m over it). So now, I can process the lessons learned.

The story is that I always back my car into the carport. It makes it easier to plug into the charger (it’s an electric vehicle). It’s a

tight space, but I make it tighter than I should because I’m not too fond of the condensation from the overhead awning dripping all over the car. I’ve been following that routine for more than two years.

This time, my wife had pulled the car in. And being smarter than I, she didn’t get too close to the stairs. The condensation dripped all over the passenger side of the vehicle, including the mirror. I then made a short trip. On returning, I backed the car in as I usually do. However, because of the water on the mirror, I could not see well enough to carefully “hug” the stairs going into our home.

I should have stopped, wiped off the mirror, and then proceeded to park in my usual spot. You guessed it—I didn’t bother to do the logical and correct thing. Instead, I figured I “knew where I was” and continued backing up. I didn’t know where I was, and a sickening crunch let me know that.

From Bad to Worse

I’m not at all sure I could have done anything to mitigate the damage at this point. There was enough chipped and marred paint to the bumper fascia that I would likely have had to replace it. But I will never forget the sound as I pulled forward and the bumper, which had neatly hooked a stair tread, ripped three-quarters of the way off the car.

The car has proximity sensors and sounds an alarm when it is too close to an object. That alarm always goes off as I back in close to the stairs. I’ve been ignoring it for two years; I ignored it this time too. It was apparent that the mirror was next to useless with the water drops. I ignored that also.

In reality, these are lessons relearned for me. I know better than not to pay attention to alerts, even when they are false alarms most of the time. I know better than to proceed when I am not getting useful information or am missing critical information. I’ve learned those lessons several times during my life. Why, then, do I every so often forget those hard-learned lessons and screw up again?

Hubris. I believe the answer is that I get overly confident. Nothing wrong happened when the alarms were going off these past two years. I’ve done this same thing a thousand times before and knew where I was by looking out the passenger window. No worries, right? Wrong.

Leadership teams make decisions that violate a core value, they know it’s wrong, but they continue nonetheless. We all pay the price when we do not stick to our values, take time to clean off the mirrors in our businesses, or listen to what our employees and the data are telling us. Let’s be honest with ourselves and others—we don’t always know where we are. What’s changing? What alarms are we ignoring?