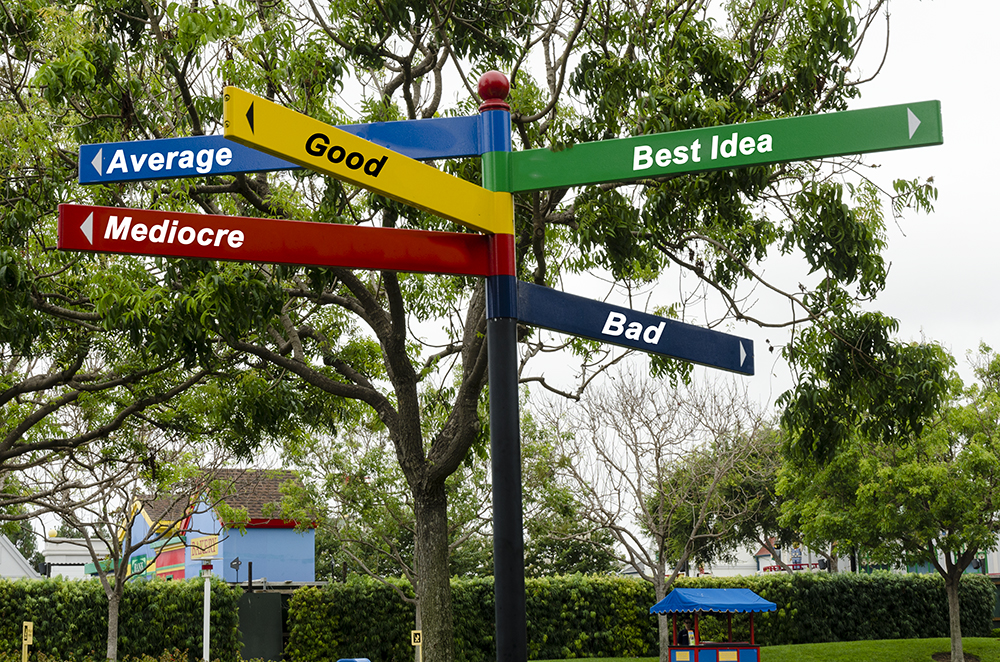 Often, when I’m asked, I might suggest that a decision made by the team was a “reasonable compromise.” I made a similar statement recently but found myself modifying it to be “unfortunately, we reached a compromise.” I was surprised by what I said. It just slipped out that way.

The person asking the question nodded her head and moved on to a different topic. I, on the other hand, made a mental note to explore my comment in more detail when we finished our meeting.

I think of a compromise as parties agreeing that each will give up something to the other so that a decision can be made to move a project forward.

According to the Oxford English Dictionary, compromise is “an agreement between two sides who have different opinions, in which each side gives up something it had wanted.”

As I think about this, it seems to me that when we compromise, we are accepting a solution that is to us not the best solution. The solution may be close, and it may well allow us to become “unstuck” and move the project forward, but it isn’t the best solution. Unless, of course, we overlooked something, and a teammate convinces us that their solution is better. But then, the solution isn’t a compromise, it’s a better idea.

Another meeting outcome, similar in my mind, is reaching a consensus. My observation is that meeting reports will often suggest that an agreement was reached by the committee.

However, frequently, a consensus was reached because ideas were thrown out, compromises were made, and there was no effort to find the best idea. Instead, we accept a mediocre idea in the name of moving the project forward. Consensus, in this case, is just another word for compromise.

“A camel is a horse designed by committee.”

Here’s the subtle but essential point. We should all want the best idea to win regardless of whether it’s our own idea or not. Of course, I may feel like and may state that “I” compromised. Yet, the decision would be in service of the best idea, the best course of action for the company, project, or team.

I see no easy way to hash this out as a team. Instead, the team needs to work to make sure all the ideas are put forward, vetted, and discussed. In the end, the manager will have to make the decision and pick the best idea.

It is the leader’s task to listen to all the ideas along with their pros and cons and make a final decision on the best idea. I’m not suggesting that all the designs must be given to the CEO for decisions. Instead, I am suggesting that the team leader, project manager, department head, etc. will need to make the final decision. To leave the choice to committee members is bound to result in either a stalemate or a compromise to win folks over. Rather than the best idea wins, the team will very likely choose to design a camel instead of a horse.