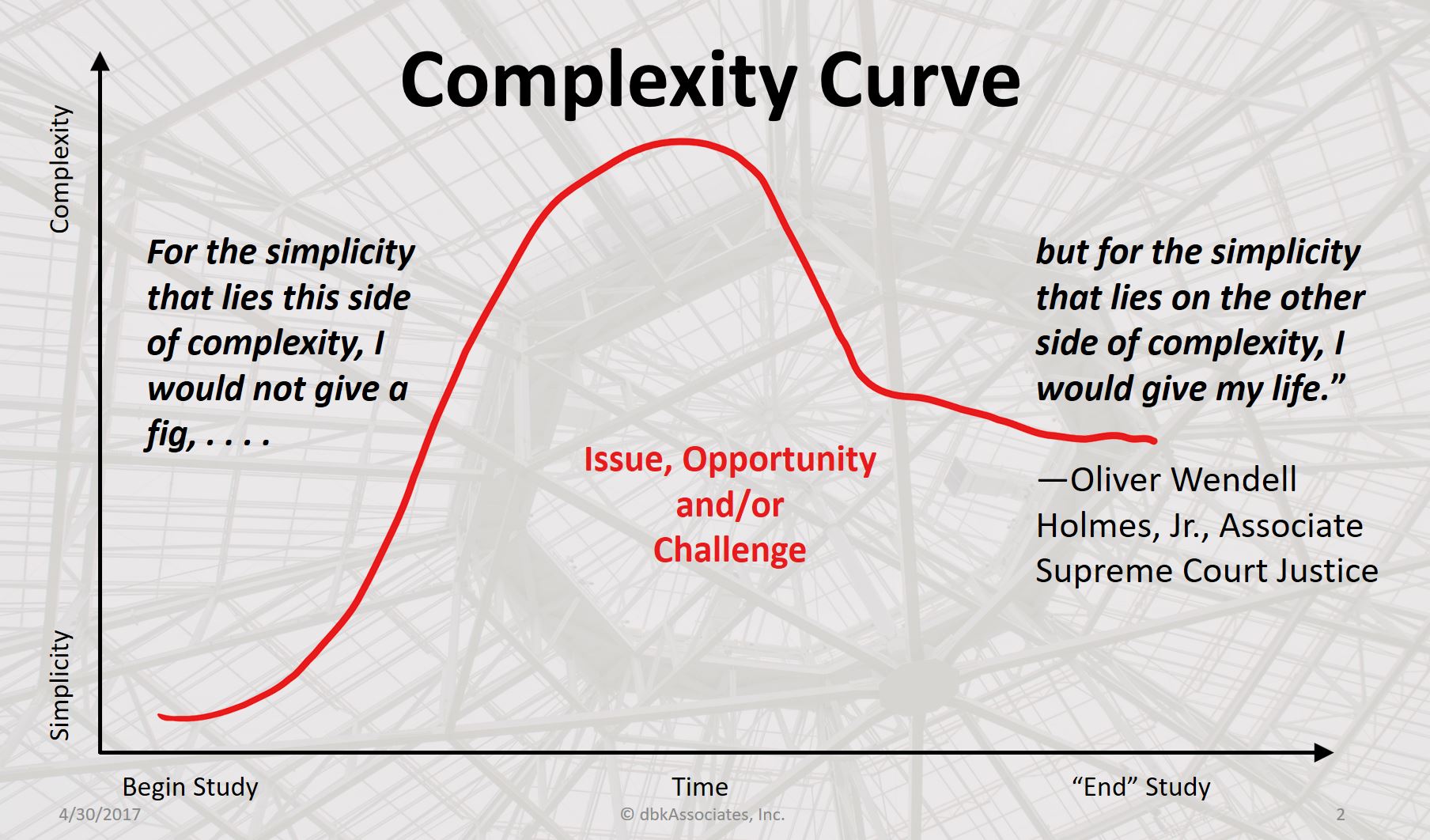 Who Hasn’t Been to That School?

Recently in an e-mail exchange with a long-time friend, he wrote, “You have a degree from college, and I have one from the School  of Hard Knocks, and we both seem to be doing ok….” That common idiomatic phrase got me thinking.

My friend wasn’t being facetious. Like many people using that phrase, he was trying to point out that practical life experience should be considered every bit as valuable as an academic degree. I agree with that sentiment. Unless, of course, you’re designing a bridge I will drive my family across. Then I expect

you to have solid academic training in structural engineering!

I define common sense as sound and prudent judgment based on a simple perception of the situation or facts. I’d guess that a high percentage of the time, we all revert to simplistic views of our situation. We tend to boil things down to sound bites or axioms to live by.

Having beliefs about the way the world is, how our economy is, how life should be or how people should behave makes day-to-day navigation in our society easier. We don’t have to stop and analyze every situation. We use our beliefs to react quickly. Usually, we’re okay doing that.

The rub is, we no longer live in a rather simple world. Technology has connected the globe. Commerce is no longer solely local. What used to be a fairly straightforward economy is now mired in complexity. The base level of knowledge required to learn from hard knocks is much higher than before.

Still, I’m not willing to give up on the School of Hard Knocks, or the University of Life as some call it. No! Experience is still the best teacher.

What is a Hard Knock?

To me, a hard knock is what I often refer to as a wake-up call. It is when I suddenly recognize that my cherished belief about how things are supposed to be is flat out wrong—or at least not always right in all circumstances. I take a knock when what I assumed to be true turns out to not be true.

I’m in worse shape than my good friend realizes. I have two degrees—a Bachelor of Science in Electrical Engineering and a Master’s Degree in Business Administration. In both cases, the hard knocks came when I realized that much of what I was taught in school was only partially related to reality in the electronics world and the business world. Let me hasten to add that the fundamentals of all that education still serve me well. However, the details were out of date as soon as I landed my first job. It took failures, mistakes or what we call hard knocks to make the academic learning pertinent.

As I think through all of this, I come to realize that the academic work gave me this advantage—I could see and work through the complexity, not just the simplicity. I knew better than to simplify things before I delved into the complex systems. I learned to check my assumptions about how things are versus I how I wanted them to be. The hard knocks came when I forgot to dig into the complexity or check assumptions. The lessons learned from the hard knocks were especially difficult when they involved complex Homo sapiens.

The first engineering project I worked on was a major fail. I was to design a high-end, high-gain operational amplifier (op-amp) for the control system on a jet engine. I used the latest solid-state op-amp on the circuit board and did what I thought was an excellent job simplifying a very complex circuit. However, when my supervisor reviewed the design, he was not happy. It turns out; I did not think about the environment in which that amplifier would be functioning. He asked, “Don’t you think this design is a bit too simple?” My design would have failed in the field even though it worked quite nicely in the lab. Failure. Mistake. Hard knock.

On the management side, a “major fail” happened when I didn’t think to include all the necessary functional representatives in a significant change initiative. I had made assumptions about how our business process worked and didn’t investigate what “really happened.” I believed our documentation without checking with the folks who did the work. It took two weeks and software patches to recover. Hard Knock.

Academic degrees do not insulate me from hard knocks. Those hard knocks hit me when I don’t do a good job of studying the complexity and checking my assumptions. I get a wake-up call every time I try to shortcut the work and go right to solutions.

I also get a wake-up call when I fall into the unfortunate trap of analysis paralysis.  There is a sweet spot in all of this. That is a balance between making sure we understand the complexity without going so far down in the weeds that we never actually implement a solution. Oliver Wendell Holmes, Jr. (Associate Supreme Court Justice) famously said, “For the simplicity that lies this side of complexity, I would not give a fig, but for the simplicity that lies on the other side of complexity, I would give my life.” We live in a complex world.

My friend is right. The School of Hard Knocks is every bit as valuable as the traditional academic university. However, hard knocks happen to all of us, whether we have a degree or not. That is how we learn the difference between theoretical knowledge and what happens in the “real world.” As leaders, we must help our employees see the complexity, we must be willing to delve into that complexity, and coming out on the other side, then and only then, we can simplify.