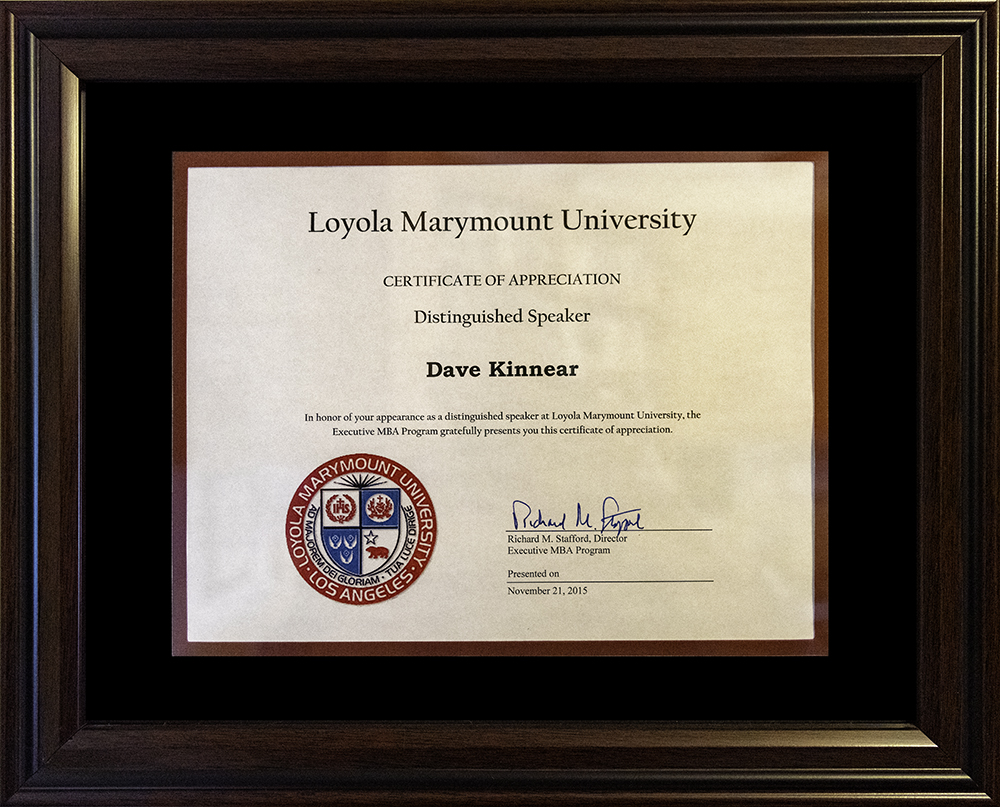 Several things have converged to make me think a bit more seriously about recognition. First, of course, is that the year-end holidays are upon us. The holidays frequently make me take stock and appreciate my good fortune. Second is a holiday party I attended for one of our clients. A third event was a story that was related to me about an Information Technology disaster.

To begin with, I realized as I was thinking about the past year that, generally, I am aware of and grateful for my good fortunes throughout the year. I try to remember that whatever I have achieved, it has been with the support of others around me. Moreover, I don’t wait for year-end to feel or express that gratitude.

One of our clients, my wife’s client, had their holiday party the other evening. They invited spouses to join them at a Tavern and Bowling facility, and so Penny and I both went. Several things became obvious. The first is that they appreciate and respect the accounting work that Penny does for them. It has been my observation that, sadly, human resources (HR), information technology (IT) and finance department employees are often under-appreciated. At least, that has been my experience while working in large corporations.

So, I was quite impressed with how Penny is an integral part of the company team even though she is an independent contractor rather than an employee. When it was time for us to leave the party, one of the owners went out of his way to stop me and tell me how much they love and appreciate Penny and the work she does. More importantly, Penny knows how much she is appreciated. Consequently, she is a fully engaged member of their team.

In my part of the practice, I work with several IT professionals, and I come from a technology background myself (though not IT per se). One of the most rewarding and exciting assignments I’ve had in the corporate world was being on a team that implemented Enterprise Resource Planning (ERP) systems. My task was to be the interface between Marketing and Sales functions and the IT team implementing the ERP. I can tell you first hand that the work of the IT team was greatly under-appreciated. Further, the ERP needs of the HR, IT, and Finance groups were often looked at as secondary requirements compared to the other business functions.

The story that came to me this past month involved a food industry company that suffered a ransomware attack. The IT professional I spoke with was responsible for the Disaster Recovery (DR) effort. This company has over 200 servers and thousands of desktop users. (A different IT team is responsible for security.) As you might expect, such a massive operation could not function without their IT systems. So due to the ransomware attack, they were “out of business.”

The whole IT team went through hell for a full week. The DR professional logged in over 100 hours that week cleaning and restoring 200 servers to get rid of the ransomware lockout. Of course, the security people must figure out how the ransomware was introduced to the servers in the first place, and plug any apparent holes in security. I guess that most likely they will find that a user innocently clicked on a “phishing” email that inserted the offending software. There’s no easy solution to that problem.

Pertinent to this post is that the DR professional when asked, opined that it was unlikely that any special recognition of the IT team’s effort would be forthcoming. It seems that the culture at this company is pretty much along the lines of “hey, that’s your job.” That’s not what happened.

I received a text message expressing surprise and pride that the company leadership recognized the personal sacrifice that the IT team had made to recover from the disaster. Through diligent daily work, the DR professional had clean backups of the servers ready to go. While it took incredibly long hours to complete the tedious task of cleaning and restoring servers, that effort was made and was successful.

Most importantly, after things settled down and the business was back up, the leadership team took time to recognize the effort. They acknowledged that the recovery might not have happened if the DR work had not been accomplished each day leading up to the server lockout. They lost very few transactions.

Not only did the IT team get verbal recognition for their work, but they will also receive payment for their time even though they are salaried employees.

I want to think that the attitude of “it’s your job —that’s what we pay you for,” also applies to the leadership team. Actively managing the corporate culture and showing appreciation for work above and beyond the call of duty is a leader’s job. Living out the values of the organization is a leader’s highest priority.

Yes, as leaders and business owners we have a right to expect a full day’s work for a full day’s pay. We should expect employees to provide the expertise for which they were hired. Also, the employees have a right to be treated with dignity and respect and to be acknowledged for their contributions. Indeed, they should expect their leaders to recognize effort above and beyond the standard job requirements.

My experience is that most of the functions — Marketing, Sales, Operations, Engineering — in a large business are appreciated and acknowledged more than the “back office” functions of IT, HR, and Finance. As leaders, we cannot afford to let that lie. If we want a highly functioning team, then all contributions must be valued and recognized — even the “mundane” ones like HR, IT, and Finance. Let’s do our jobs too.