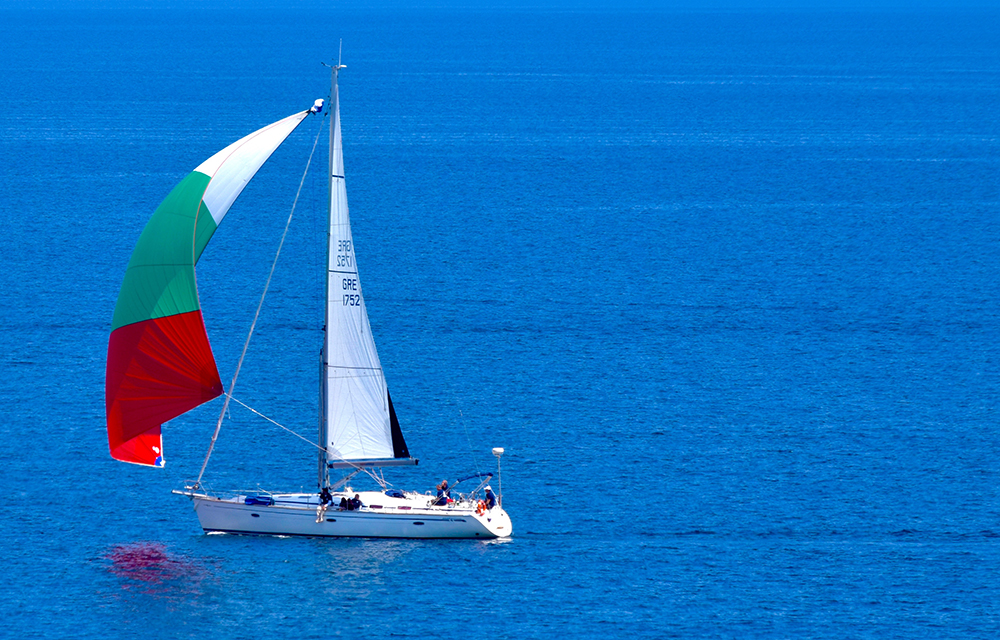 There is a saying about sailing that goes something like this: "Sailing consists of hours and hours of boredom punctuated by minutes of sheer terror."

In my experience, that is pretty much true. Moreover, while I am familiar with sailboats, my brother is an expert on all things marine. When I asked him about his experience, he agreed that it was pretty much the same. Even with large ocean freighters, the routine can be suddenly shattered by emergencies of all kinds. How the crew responds is critical; which brings me to leadership.

It occurs to me that often, this saying applies to our leadership world. Most of the time, we are taking care of routine leadership tasks — gathering data, validating data, interviewing prospective employees, and attending seemingly endless meetings.

Then we find ourselves in a panic. Sometimes the emergency is our own doing. Perhaps we ignored or didn’t see warning signs that a change was about to occur. Other times, the panic is caused by an external disruption. In either case, our response as a team is critical to the outcome.

One of our tasks as leaders is to make sure we prepare our team for emergencies. Here’s a firsthand sailing story by way of analogizing my point.

Sometime in the late 1980s, I found myself crewing on a Canadian sailboat in the Mackinac race from Chicago (on Lake Michigan) to Mackinac Island. It’s about a 333-mile (289.4-nautical mile) race. It usually takes the general fleet (not the big guys) between 40 and 60 hours to complete the course. This particular year would go down as the second slowest race in history at that time.

Lake Michigan was like a sheet of glass. We had a full day and night of ghosting along at a couple of knots speed. At one point, we even jumped off the boat for a swim in the frigid waters. We spent much time making sure everything on the ship was in order — if for no other reason than to pass the time. This attention to being “shipshape” would pay off later.

The wind was so light that we had out our biggest spinnaker and were “flying it by hand.” By that I mean, rather than having the spinnaker sheets (the lines that control the sail) wrapped around a mechanical winch, our crew members were holding the sheets directly in their hands. The mainsail was trimmed to gather as much of the light breeze as possible. And then . . .

The crew was lounging in the cockpit, eying the sails, and making minor adjustments. I was at the helm. Suddenly, the skipper (owner of this beautiful Hunter sailboat) shouted that we were “going to go down.” Right! We were doing about 2 knots, and he’s saying we’re going down! I thought it was a joke. However, when I looked at him, he was pointing to a ship on our windward side. Indeed, their spreaders were in the water. (Spreaders are the bars on a sailboat’s mast that push the shroud lines that hold the mast out toward the rails to give a mechanical advantage.) Also, as I watched, their ship bobbed back up and went down on the other side. All I could see was keel. The skipper yelled out to let the sheets fly — meaning, let go of the control lines on the spinnaker.

In a split second, we found our spreaders in the water. Like our competitors, we too bobbed back up and then went down on the other side. All of this happened in a matter of seconds.

As soon as our boat righted itself, we checked to make sure everyone was on board. We were all safe, but one of the men flying the spinnaker didn’t let go of the sheet fast enough. The wind squall pulled the sheet so fast and hard that it burned a trench in his hand. I managed to get him below, clean out the wound and bandage it up. He was pretty much out of commission for the rest of the race.

We lost no equipment except the spinnaker, which tore free of the lines. We couldn’t retrieve it because as fast as that squall came up, it died down even quicker. So, it sank before we could sail to it.

Always be watching. Our skipper was keeping an eye out for wind ripples on the lake. The purpose was to limp our way over to where any wind might be. He was also watching the windward competitor to see what he was doing. Because he was far enough away, seeing that competitor go down gave us a few precious seconds to grab on to something before the wind squall hit us. That likely kept us from having a man overboard situation.

Be prepared. During the slow time, we all kept busy by making sure we stowed our sails properly, equipment was lashed down as appropriate, and all the lines were appropriately dressed. When the emergency occurred, there wasn’t anything flying around to cause injury, or equipment getting in the way of a quick response.

Be trained. We were an experienced crew. We had sailed together before. We knew each other well enough to anticipate responses. We each had defined responsibilities and skills that matched. I am confident that you will draw the parallels between this story and your own company.

Is everything shipshape? Are you always watching? Leadership can be boring at times, but there’s panic just around the corner.