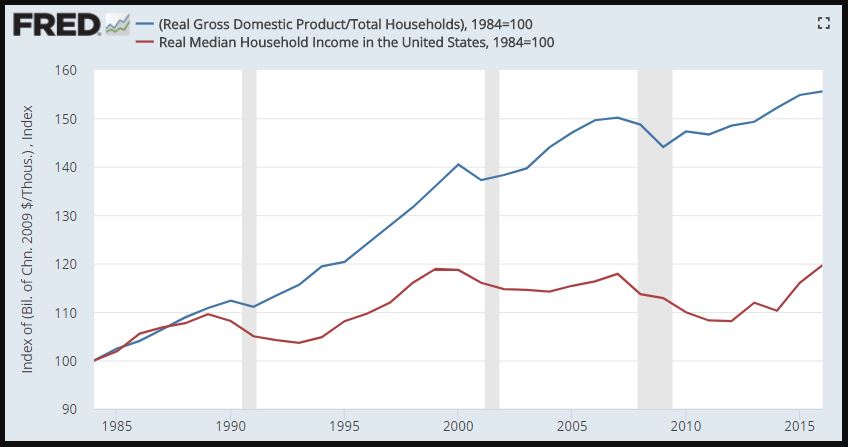 People with different world views will unite when they have a common enemy. I believe we have major “enemies” that have the potential to unite people across the globe: Climate Change — Part I, Technological Disruption — Part II, Cybersecurity — Part III, and Economic Bifurcation — Part IV (significant economic inequality).

For a long time now, there has been a growing disparity between the haves and the have-nots. Income Inequality is painfully obvious.

The top 1 percent of families took home an average of 26.3 times as much income as the bottom 99 percent in 2015, according to a new paper released by the Economic Policy Institute, a non-profit, nonpartisan think tank in Washington, D.C. This has increased since 2013, showing that income inequality has risen in nearly every state.

Technology, in the form of automation of manufacturing, will certainly exacerbate this trend. Generally, the top 1% own the means of production or are at the helm of large conglomerates that own those means. Therefore, they and their shareholders benefit the most from technological advances.

Presently, in the US, an income of just under $500K/year (or $400K/year depending on your data source) puts you in the top 1% of income earners. And when we look at wealth, instead of income, things seem even bleaker. Again, I fail to see how our current direction is going to help the situation.

Our economy is built on the house of cards known as consumption. Somewhere around 65% to 70% of US GDP is personal consumption. So it is hard to see how we will continue to grow without a strong middle class to do the purchasing. This is not lost on Nick Hanauer. 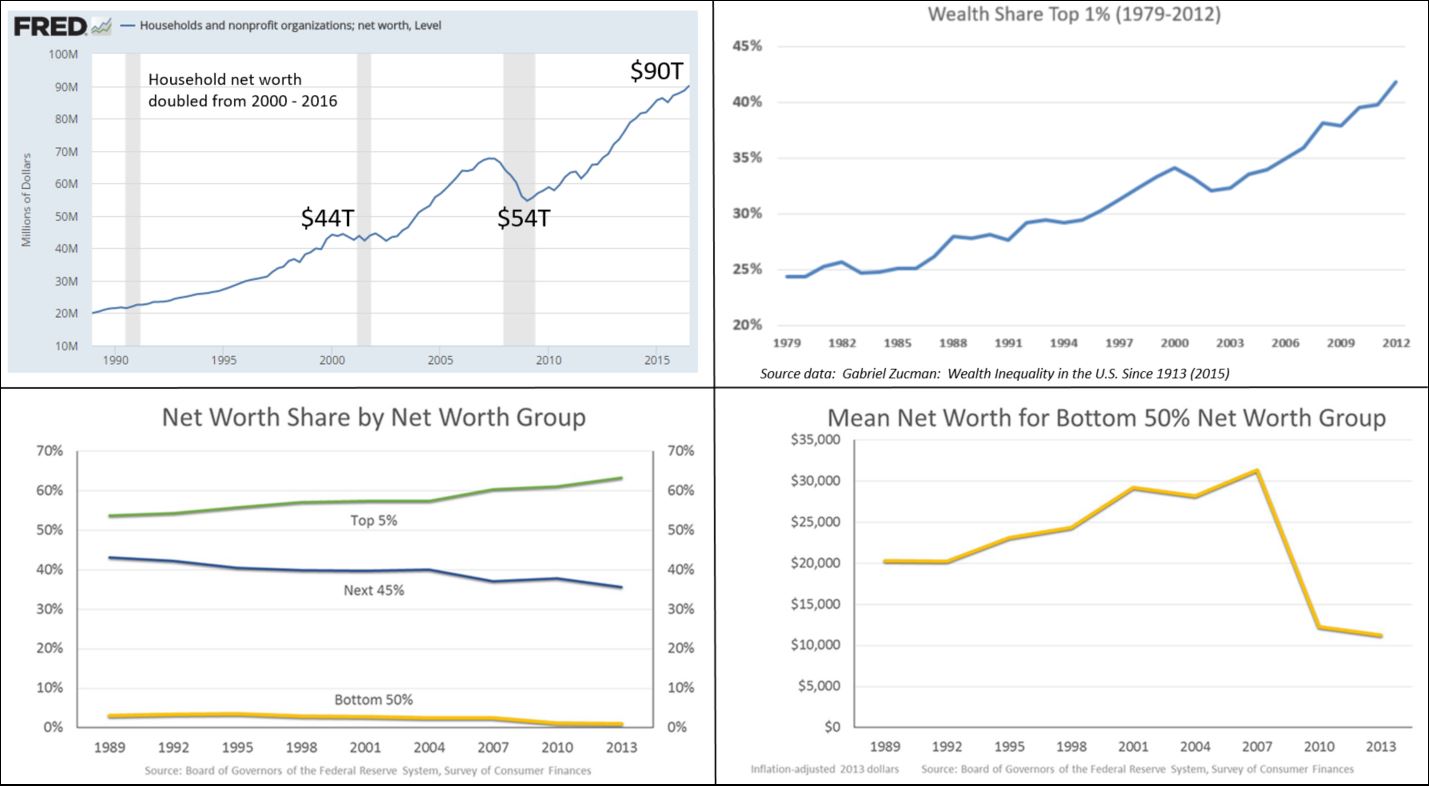 Hanauer “sees pitchforks coming.” Which is what this series has been about. He forcefully makes the point I’m trying to make which is spreading the wealth of our economy widely is a good thing for everyone — including the ultra-rich.

Perhaps Jeff Bezos is coming around. He recently announced that he will pay everyone at Amazon a minimum wage of $15/hour. Perhaps this wage experiment in Seattle is now settled?

“We listened to our critics, thought hard about what we wanted to do, and decided we want to lead,” said Jeff Bezos, Amazon founder and CEO, in a press release. “We’re excited about this change and encourage our competitors and other large employers to join us.”

A recent NY Times in-depth investigative report details what reports found in analyzing the business activities of the Trump family. I bring this up NOT for political points or support one way or the other. Rather I bring up the report (and recommend you read it) for the purpose of showing how the wealthy and connected protect and advance their economic advantage. This report backs up what Hanauer continuously points out in his messages to his fellow plutocrats.

When Hanauer states that he sees pitchforks coming, he’s saying in a more colorful way what historians have been pointing out — when the gap between haves and the have-nots gets too wide, there are revolutions.

Business owners and politicians can avoid the pain and suffering that wealth/income inequality causes by making sure our policies affirm and promote a strong middle class in our country. It’s way past time to address this situation. Trickle down has never worked and it won’t work in a capitalist economy. So let’s get about the task of building a strong economic system. Traditional middle class jobs, such as manufacturing, are going away predominantly because of automation rather than globalism. They aren’t coming back. So what’s next?