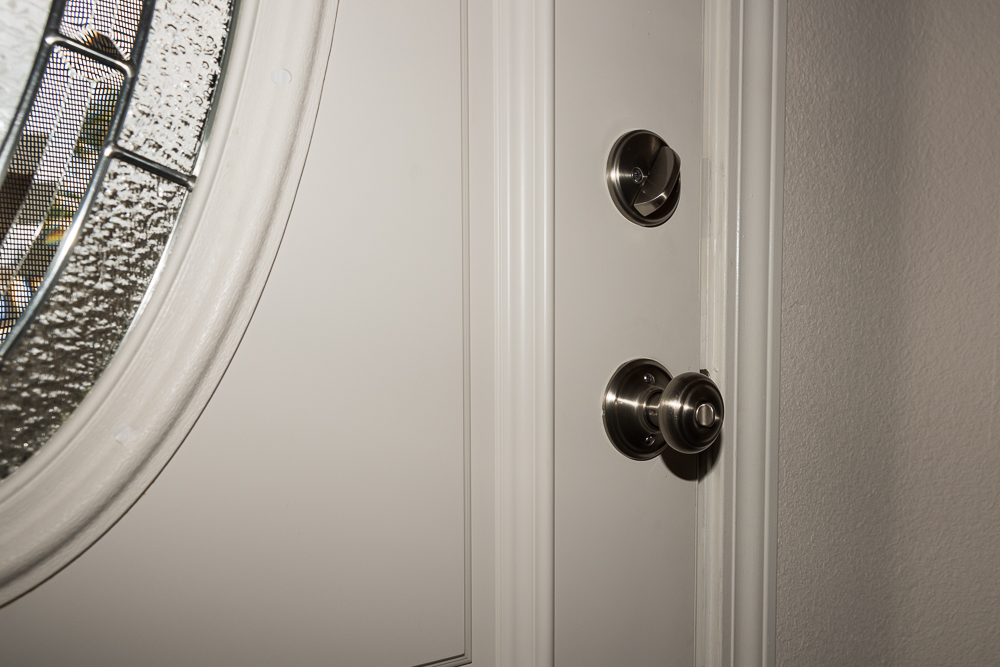 I’ve heard that saying almost all my life. So-and-so “is as dumb as a doorknob.” But, did you ever stop to think about doorknobs?

They aren’t so dumb really. They are sometimes wrong, but they do convey a message. Take this rather standard doorknob, pictured above, on our front door. When I am inside our home and I grab this doorknob, I know to twist it and pull. The door opens in. So I know to pull, but the handle also “invites” me to do that. It feels natural to pull on such a knob. But here’s the challenge.

The knob is essentially the same on the outside. The lock is keyed instead of the turn button lock, but the shape is the same. That’s kind of “wrong.” It’s wrong in the sense that the door needs to be pushed, not pulled. Now, we’re all familiar with this kind of doorknob on homes, so we aren’t too likely to make a mistake here.

I have been in more than one commercial building where the door handle sends exactly the wrong message. I’m thinking of one building in particular with large glass doors. It is my understanding that the building codes require that these doors open out. That is, if I’m inside the building and need to go out, I push the doors open. And these doors do exactly that. But here’s the rub, instead of a push plate, these doors are equipped with a large pull handle! What’s with that?

Sure, it still works just fine. But even though I go in and out of these particular doors several times a month, every time I put my hand on those pull handles — I automatically pull instead of push! Those doorknobs are sending me the wrong signal. Doorknobs aren’t dumb. They are perfectly capable of playing tricks on me. And they do. But, what about the future?

The Future of Doorknobs

Who knows what doors will be like in the future? Maybe they will all be activated by biometrics and open automatically for folks — and deny entry to other folks. Some doors do that now, of course, but they are generally activated by motion detectors. What, if in future, when I grab a doorknob or put my hand on a door push plate, it gathers a whole bunch of information about me? Perhaps finger prints, skin temperature, skin moisture level, heart rate, blood oxygenation, etc.

I expect these doorknobs will be connected to the internet. It is likely they will have access to more than a quintillion bytes of data. Every time someone touches that door, more data will be added to the impossibly large amount of data being gathered and stored.

Smart as a Doorknob

Everything around us is getting smarter. Smarter than we are if you consider being able to gather, process and understand vast amounts of data as being smart. This is a humbling thing to have happen. It is obvious that no natural human will be able to keep up. The smartest “man” in the room is going to be the doorknob — or the light, or the camera, or the table, or the thermostat. The competition is daunting!

Excuse me, but I have to go now. I have an appointment with the Borg.