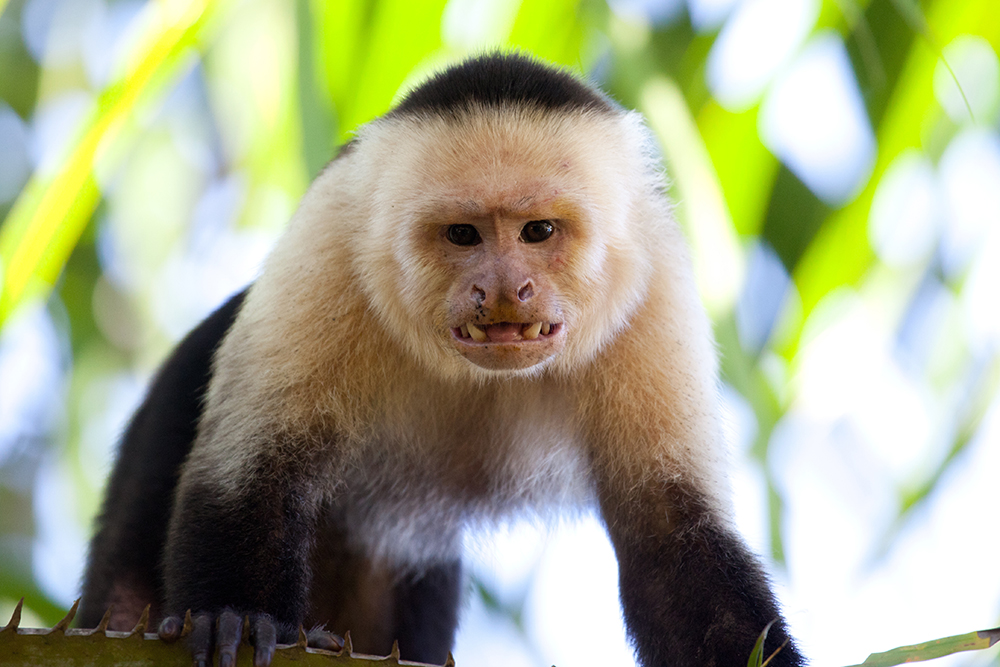 M. Keith Chen (now at UCLA) studied the economic activity of Capuchin and Tamarin monkeys. What I find fascinating is that he first taught the monkeys how to use money (in this case, metal washers) to trade. It took a while, but they learned the value of money for trading. They learned to act mostly in their own best interest. That is they were “economically rational.” But then, Chin went a bit further. He studied altruistic interaction in the Capuchin and Tamarin community.

Without going into the full experiment, here are the results that caught my interest. First, Chen and his partners put levers in the monkey cages. Tamarin A’s lever would dispense a

The second situation is what interests me the most. Chen arranged for the levers in each cage to drop a marshmallow into both “my” cage and my partner’s cage. So it “looks like” Capuchin A is being nice to Capuchin B by giving her a marshmallow. But, Capuchin B notices that Capuchin A also got a marshmallow. So what happened when Capuchin B sees her marshmallow as merely a byproduct of Capuchin A’s self-interest? She reciprocates only 3% of the time! Even less than if Capuchin A hadn’t given her a marshmallow at all. I find that most interesting. So accidental altruism — I’m nice to you only because there’s something in it for me — is highly discounted in the Capuchin world!

Here’s a thought. Darwin didn’t go far enough. He stated that man “descended from the apes.” Based on the genetic and Great Ape behavioral science I’m reading, I believe it is quite accurate to say that Homo Sapiens sapiens, IS an ape. One a bit more advanced in the sense of cognitive power perhaps. But an ape nonetheless. And it turns out, we share some of the same instincts for economic/altruistic activity as the Tamarin and Capuchin monkeys in Chen’s experiment. And those particular monkeys are pretty far down on the family tree when it comes to innate cognitive capabilities. Despite that, it turns out they may be “smarter” than we are when it comes to economic self-interest. They act more rationally from that perspective.

Apparently, the added cognitive capabilities we have cause us to act in ways that are not in our own interests economically. Perhaps we over think things. We are more easily manipulated by others in our tribe! Which leads me to a recurring topic of how our human systems for marketing, branding and sales are and should be changing.

So what’s happening in the human sales process? Well, in the “old” process, a sales person tried to convince me to give us both a “marshmallow.” S/He would give me a big, tasty marshmallow in exchange for me giving her/him a bunch of metal washers. The monkeys knew better than to exchange their washers for something they didn’t really want. We humans over think things. We can be manipulated into thinking we want or need something. Where’s the instinct to say “if you’re getting a marshmallow too, then this is a suspect deal”? Why doesn’t my mind go to you have about a 3% chance of me giving you these washers for that marshmallow?

In the “new” sales process, I can eliminate the salesperson almost entirely. I can decide what I might want, research it on my own, decide if I really do want it and can afford it, and then I can pull the lever to give the sales monkey a marshmallow – or, perhaps it’s the monkey’s keeper (meaning the company, no salesperson involved). Of course, I’m giving myself a marshmallow too – the product or service I decided I wanted and could afford.