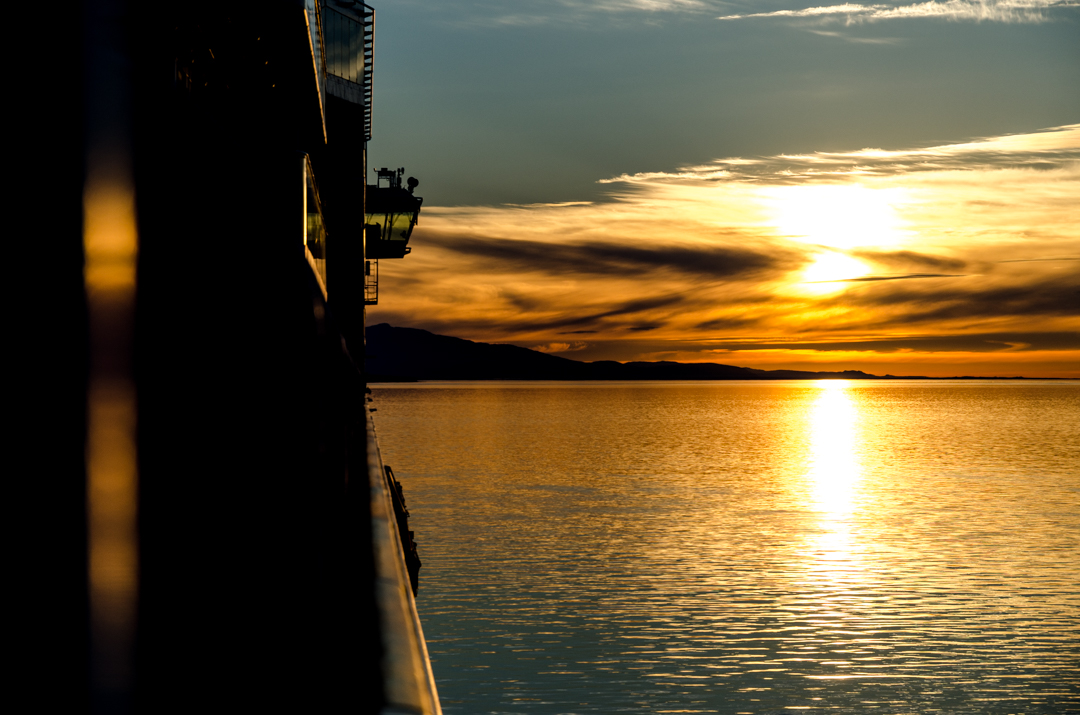 Many of you in my network know that Penny (my wife) and I have been planning a special family vacation for some time now. Well, to be more accurate, Penny has been planning the vacation. I’ve pretty much just been along for the ride. So on June 24th we headed up to LAX, boarded a plane for Vancouver, BC, and then boarded a ship for an Alaskan cruise and land excursion. Including air travel, this was a twelve-day odyssey.

I won’t bore you with the details on this, let’s just say that Penny and I both celebrated a major “round number birthday”

this year and will celebrate our fifth decade of marriage next year. So we decided to celebrate by having our “kids” and grandson join us for the cruise. We’ve been looking forward to it for more than a year.

As an aside: originally, Penny had planned for us to take this cruise in June of 2018. However, she made a mistake when scheduling things and wound up not changing the year. So she complained to me when she discovered the mistake and was preparing for going through the hassle of canceling and re-booking when I suggested that we just leave it alone. After all, it was in between both milestones and so was fine timing in my mind. So we chose to leave it as a 2017 cruise.

As it turns out, a local college Choir in which Penny participates, was given an opportunity to travel to Salzburg, Austria, to sing at the St. Peter’s Church and the Salzburg Cathedral where Wolfgang Amadeus Mozart’s C Minor Mass was first performed. And, of course, the trip there is at the same time as our cruise would have been! So now, we will be able to do both.

Back to this year’s vacation. In preparation, I set our email vacation “auto-responders” because I knew we would be disconnected from almost all services for the majority of the trip. My friends will be a bit surprised to know I was actually looking forward to being disconnected for most of the twelve days. I had determined not to pay the (outrageous) cost for (incredibly slow) shipboard internet connectivity and knew from friends that connectivity in Alaska’s interior is very sketchy at best.

So I was forced to practice what I preach to Business Owners and Executives: take time away from business and be totally disconnected. I get various responses from this suggestion. Mostly disbelief that it can be done. Those who practice it though, seem to agree that it is very relaxing — after the initial withdrawal pains! They also report that things generally run smoothly while they’re gone. Their leadership teams know how to run the business. That means the leaders have done their jobs.

Also part of my preparation was to gather all my photography gear. I even rented a “wildlife” lens (200 to 500 mm zoom). When I got back, I had over 2,000 images to process. On the one hand, it seems overwhelming to have so many images to go through. On the other hand, I know the initial pass is usually pretty fast (delete the images that are blurred, hopelessly over or underexposed, horrible composition, etc.). It’s the last stage that is so difficult. Of the 2,000 images I “flagged” about 440 for further investigation. Some I’m posting already. Most have yet to be reviewed. [Update: All are now posted. You can view here if you are of a mind to do so.]

Still, as I go through the images, I find that I am reliving the time with our family. It is good to have those memories.

I highly recommend getting away from business and being disconnected from the news, Internet, e-mail and social media. It’s hard. I found my hand automatically going for my phone when we had a question. I caught myself thinking to open my PC several times but — except to back up images from my camera SD Card — did not do so.

For those of you saying, “But wait! I saw you posting on LinkedIn or Twitter or Google Plus all this time,” a reminder: all that was scheduled to post before I was gone! The beauty of technology, eh? I can use it to hide the fact that I’m not using it at the time! Crazy.

Take some downtime. Work on your own leadership skills. Become rejuvenated. It’s good for everyone around you.