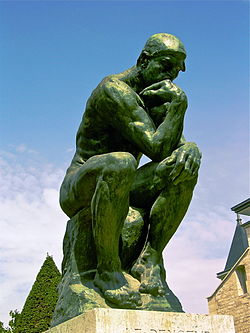 Be Careful What You Ask For:

This post falls into the “be careful what you ask for” column. This morning I was listening to a podcast about the economics of the movement for a $15/Hr minimum wage. The campaign has gained a bit of momentum. It has the support of both Presidential candidates—to one degree or another.

We define a conundrum as a confusing and difficult problem or question.

I admit that as recently as about five years ago, I, too, believed in the need for a higher minimum wage. At the time, the consensus number seemed to be about $12/Hr, rather than the current $15/Hr. The idea is excellent and, in fact, not at all new. If you base an economy on personal consumption, and ours is such an economy, then it’s smart to make sure that people

have enough income to provide for basics as well as some niceties. So, the politicians, ever keen to tell us what we want to hear, keep plugging the idea that they are going to raise the standard of living somehow.

I no longer support the wholesale raising of the minimum wage. The reason is that the accelerating pace of technological advance is such that it is now more likely than ever that business owners will have to automate rather than pay more to employees. It only makes sense. So, it is a conundrum.

On the one hand, we want people to be able to consume, but on the other hand, we won’t be able to compete at home and abroad if we allow human labor costs to continue to rise. So, we eliminate jobs whenever we can. It’s a race to zero employment!

How will we be able to keep our existing system—an economy where 68% of GDP is personal consumption—while automation is now destroying more jobs than it creates? The last time I looked at the numbers and depending on whose data were looked at, somewhere between 30% and 40% of all the hours worked to produce the goods and services we used were provided by contingent workers. Yet, we formally list only ~3% of our labor force as contingent workers.

I believe that is because many W-2 employees ALSO moonlight and so contribute to the contingent workers’ hours but are counted only as a W-2 employee. That is the case for several of the folks I know who are employed full time but also do some consulting on the side.

Here’s another twist on the use of automation and how it affects employment. I, as a consumer, now do some of the work that employees used to do. For example, I usually do my checkout whenever I can. I do almost all of the banking operations that I used to have a teller do for me. I dispense my soda at the quick food restaurant. In some places, I order food using a tablet at the table rather than give my order to a waiter or waitress. We can order and pay for our Starbucks drinks using a smartphone app. I now order much of what I need to run my business online, and 95% of the time, I read books on my electronic devices, delivered without human intervention. All of this, and much more, is made possible by technology. And while in the past the displaced workers could, in theory at least, find work in the tech industry that obviated their jobs, that is increasingly no longer the case.

There is no way to stop technology from advancing. As the saying goes, “If it can be done, it will be done.” There is no way to stop the globalization of our economies. There is likely no way to halt the continued sharing of work around the world. In my mind, that’s a good thing as it also shares the wealth around the world. And, sadly, there is likely no way to keep some people from taking advantage of others to enrich themselves in less than ethical means.

I wish I had a prescription for this conundrum. I do not. I believe that the “gig economy” is part of the solution. I also think that a “guaranteed minimum income” is part of the solution. I have faith that Homo sapiens sapiens is a resilient, resourceful, adaptable social species and will get this right sooner or later. I dream that we will do so in a way that frees our species to continue to explore, learn, and create meaning in our lives.

What are your thoughts on this conundrum? Do you believe that we have no choice but to change, or do you think that we should stay with the old model of business and life? How will you contribute to the solution?