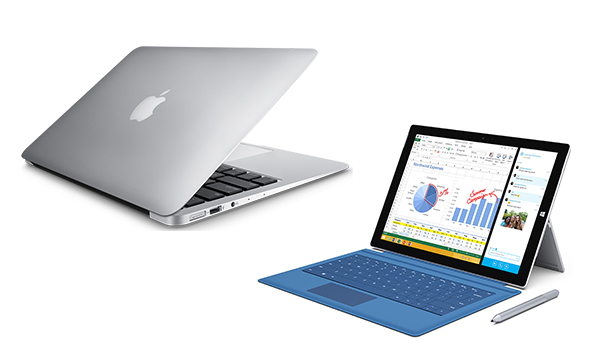 Recently I got into one of those discussions that I knew wasn’t going to go anywhere. It would have been easier to discuss deviant sex, racial profiling, politics, or religion. But no, I had to step into the thing that will indeed create the basis for world war three. I suggested that Apple products were not immune to Malware. Yikes!

I don’t want to go there again; just let me say that even Apple Support Blogs discuss that one should not be too sanguine to think there is nothing to worry about only because you are using a Macbook. Mainly because most users have no clue how the operating system “works,” and what the difference is between Viruses, Trojans, and other Malware. And why would Apple want to be proud that their market penetration is so small that the hackers don’t care to “waste time on them?” [According to Apple’s numbers, they have 7.8% of the WW 2Q15 PC shipments and only 13.5% of US Shipments.]

Similarly, I live in a community that has an automated gate at the entrance. It is a “senior” community; that is one that requires at least one of the partners to be 55 or older. No one younger is allowed to live in the community unless they are a family caregiver. I’m guessing that the average age is well above 55 and mostly baby boomers or traditional generations. And to them, these gates provide some security. They, of course, do not. There is no guard at the gate, so people merely follow a resident through the gate when they open the gate. More annoying are visitors who park in front of the entrance waiting for a resident to come up behind them. Idiots. They are blocking the card reader that many residents use to open the gates!

I don’t have any easy solutions to this issue. The gates are not providing security. I’ve been told that the State says we cannot call these gates security gates unless there is a guard posted twenty-four hours. Instead, they must be referred to as automated gates when discussing the benefits to the community. Since they don’t provide security, I wonder why we incur the expense of maintenance and the inconvenience of waiting for them to operate. One might suggest that we are an affluent community because we have those gates, thereby inviting break-ins. Likewise, Apple fans might consider that they are asking black-hat-hackers to spend time proving that they can indeed break into the iOS X system by being so confident that their system is not penetrable.

Applies to Business Too

I believe that sometimes we make the same “mistake” in our businesses. We get overconfident in our position, product, service, or brand. Then — bang, we are disrupted by some new way of doing things. We wake up and realize that the competition has crossed the moat, the draw-bridge is compromised, the crossbow replaced by some noisy, smokey something that can launch a lead ball more accurately and farther than the arrow. I think Andy Grove was right — “Only the Paranoid Survive.”