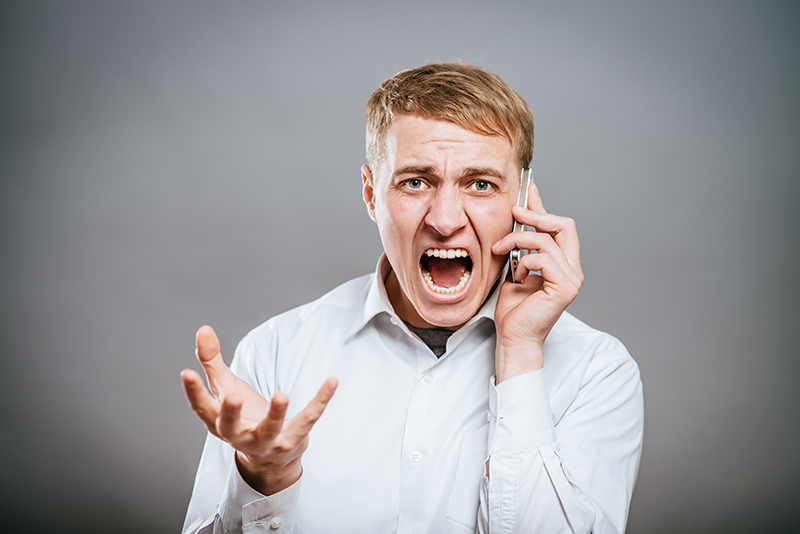 Nobody. That's right, NO sponsors, advertisers, or interested third parties. You see no ad banners, no links to products (other than links to the books I review), and I can assure you that nobody is paying me to adjust my opinions to their advantage. And only rarely do you find a post mentioning (let alone “pushing”) my services to you, the reader. I hope that what you see here is thought-provoking, informative, and useful in some way.

What caused me to post on this topic is the latest in a long string of articles, podcasts, and posts on how “people” are getting pretty fed up with

advertisers and telemarketers. Now I’ve been talking about (some would say “harping on”) this topic for some time. I’m beginning to think I need a new category for posts: “we get the regulations we deserve.” First, I’m not sure who the people are that are getting fed up. But whoever they are, they are downloading software to block ads, installing it on their PCs, tablets, phones, and servers, and putting extensions in their browsers to strip out ads from the sites they are visiting. That has started a “war” of sorts with the advertisers–blocking the software blocking ads! Consumers are lobbying the FTC to stop phone calls from marketers. There is a movement to keep companies from using face-recognition software to track and advertise to individuals (a la the movie Minority Report). <rant>

The FTC has made moves in the direction of clamping down even more on telemarketers. They are getting many complaints; many from adult children of the elderly who have been scammed by telemarketers coercing them into purchasing products/services they do not need, nor did they want.

Now, why would this be going on? I have a theory (did you doubt that I would?). Retailers/vendors are in a panic. The marketing/sales model has changed, and they don’t know how to do anything else except more of what they used to do in hopes that things will suddenly start working again. By doing so, they are shooting themselves in the foot. “Push marketing,” sales, and advertising is way over — it’s so 20th century.

In another trend, states (I believe two so far) are starting to respond to their citizens with statutes against using Face-Recognition software. The National Telecommunications and Information Administration (a division of the Department of Commerce) has been holding hearings for the last 18 months or so, trying to get the industry to accept a valid voluntary code of conduct. But, as you have come to expect, the industry wants you to have to opt-out of the data collection. Of course, the consumer groups (Center for Democracy & Technology, the Center for Digital Democracy, the Consumer Federation of America, the Electronic Frontier Foundation, the American Civil Liberties Union, Consumer Action, and Consumer Watchdog) can’t accept that. We need to Opt-In. Haven’t we learned? Companies will always be greedy; we built it into the system. They will do whatever they believe it takes to “shake down the consumer.” (I warned you I have an opinion.)

I have my own pet peeve in this area. I have several, but I’ll pick one and be brazen enough to name names. There are still sites that use Adobe Flash. Thankfully, it’s on the way out for almost all uses. [Update: Adobe Announces Flash Deprecation] Frequently, a new update is required for Flash. For security reasons, I don’t allow automatic updates on most software. Instead, I opt for notification, and I manage the installation of the updates. I should note that I use a lot of Adobe software and depend on it. The Creative Cloud software for photographers is fantastic and I highly recommend it. But the Flash people were desperate — and were acting that way.

Each time I get the Flash update notification, I have to remember to UNCHECK the box that is defaulted to accept McAfee’s security software installation. I do not want and don’t believe I will ever want McAfee installed on my system. When I forget to opt out, I have to go through uninstalling the stupid software. It makes me angry. I hate that Adobe is pushing that software on people. I am incredibly annoyed at having to stop and read everything to make sure they are not tricking me into accepting something I don’t want. End-User Licenses, PC “tuning” software, anti-virus software opted in, ads — all of these tactics will invite even more regulation. If enough folks get genuinely annoyed, and it appears they are, then they will demand the law to force companies to be where they should be in the first place and could get there on their own without government intervention.

But I don’t hold out much hope. Most companies, it seems, haven’t yet figured things out. Even though mounting data shows that ads are less and less effective, there is too much money in selling ads to eyeballs. But, these days, “Sell” is a four-letter word. Pushing stuff (direct mail, telemarketing cold calls, robocalls, intrusive SMS messages, using identity data for targeted ads, etc.) is costly and ineffective. They have trained us to ignore ads. They just haven’t figured that out yet. Let’s hope they figure it out before getting stuck with more regulations that will undoubtedly hurt small businesses.

Meanwhile, I will aggressively send unwanted email to the SPAM blacklists. I will screen all phone calls. If your name doesn’t show on my phone, I will not take your call, period. I will studiously avert my eyes from the ads vendors push on me. I will begin lobbying for control of my information. If you want to use my private information, I want you to pay me for it — in some way, be that actual cash in my account or bartering for no ads. If I continue to be “harassed and annoyed” by push marketing and selling, I will redouble my efforts to make sure I and others vote the offenders off the island by boycotting their products and services. </rant>

An open message to vendors: I know where to find the products, services, and information I need or want. I am not an unusual consumer in that regard. Stop wasting your resources. Direct your efforts to be found. Respect my information as you gather it, don’t abuse it. I suggest repeating this phrase at least three times a day, “We get the regulations we deserve.” To sell is to be evil. Stop being evil.