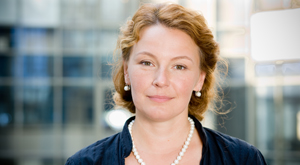 I had a meeting with a potential coaching client last evening. The conversation was exhilarating. As it often does, the discussion turned to delegating, holding people accountable and developing leaders. I shared with this gentleman the concept of “I intend to” from David Marquet’s book Turn the Ship Around! We discussed how he can “manage up” with that concept as well as build his own team by requiring them to approach him in the same manner. He was intrigued and stated that he thought the concept was brilliant and would start using it immediately.

For those of you who haven’t read the book yet (you definitely should!) the “I intend to” statements from your team keeps them from the habit of asking permission or being intellectually lazy about what needs to be done. Instead, you create the space and establish the habit of them telling you what their intention is rather than ask permission. As an example, one of your direct reports or team members pops into your office and states, “I intend to release the new product brochure to the printer this afternoon.” If this is someone who has done this before and in whom you have great confidence, you might respond by saying, “Great, let me know when they deliver it.” On the other hand, if you aren’t quite comfortable that all the “i’s” have been dotted and the “t’s” all crossed, then you might respond with a question: “Great. I’m just curious. Did you run this by Jim over in marketing?” Depending on the answer, things will proceed or perhaps the response might be a sheepish, “Uh, no. But I’ll do that right now.” You don’t take the job back. You don’t manage it along the way. You delegate. You develop leaders by making sure people have autonomy, can achieve mastery, and have a purpose or vision towards which they are working.

What I love about Marquet’s approach is that it requires that a leader be “mind on and hands off” once an assignment is delegated. The leader cannot abdicate her/his responsibility to make sure that the task is accomplished efficiently and effectively. Nor does it mean the leader is not still held accountable for the task. It means that s/he has to learn to ask pertinent, clarifying questions, hold others accountable and still provide autonomy for employees to develop their own capacity to think. Minds on!

The problem for many leaders is that they get a bit lazy. They convince themselves that it’s easier and faster if they do things themselves. It’s easy to unintentionally take a task back by simply asking a question at the wrong time or worse yet, giving direction before it’s appropriate. Certainly we can’t allow major mistakes or harmful situations if we see them. Frequently, though, we simply unintentionally take control and autonomy away from our employees by trying to be helpful. Hands off!

Increasingly we find all companies, regardless of industry, require people who can think for themselves. We cannot scale up or move fast enough if one person becomes the decision making bottleneck. This is a major reason that start up companies “stall.” Assuming you stay ahead of disruptive technology and build leadership at every level of the organization, your company and leadership growth is all but assured.