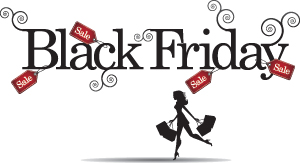 This topic keeps returning to our conversations. It’s like that proverbial bad penny that keeps showing up (Bad Penny: A person or thing which is unpleasant, disreputable, or otherwise unwanted, especially one which repeatedly appears at inopportune times–definitely NOT Penny my wife.) The latest conversation on sales got started with the bad news that Black Friday was significantly below par and Cyber Monday isn’t going to help. Many pundits are thinking that this will end up being a disappointing retail season and mainly because all the sales, opening on Thanksgiving and “fighting” to get the cyber-shoppers in the store instead of on the computer has devastated profits.

Maybe so. Maybe not quite so depending on what happens between now and the end of the year. Still, this caused the topic to come up again. Selling. Will it ever be the same again? Will people go back to wanting to have sales people educate them? Those who are familiar with me know that I believe the model has permanently changed and that if you are “selling” you are failing.

A colleague sent me a quotation from Harvey Mackay:  “Mackay’s Moral: The hardest part of the sale is selling yourself to your customer.” I agree. The reason it’s hard is because if you’re selling yourself to me you are still focused on your goals, not mine. You’re still focused on convincing me to believe what you believe, “educating” me to your way of thinking or “consulting” with me to achieve your end – get me to buy.

Perhaps a better quotation is from Theodore Roosevelt: “No one cares how much you know until they know how much you care.” If you’re selling, convincing, educating, you’re not listening. I, as a potential consumer, will definitely come to the conclusion you don’t really care. Human beings have evolved with a fine sense of when they are being manipulated. They intuitively know (if they are paying attention) that it’s not in their best interest to be manipulated. If you really wish to sell me something (a product, a service or an idea) you can’t be selling. Can we wrap our minds around that? (Obviously, I can’t because here I am explaining my idea to you, and I hope you will at least think seriously about it!) It’s a Zen thing. It’s a koan. “In order to sell, you must not sell.”

That brings us back to Black Friday. Consumers are not stupid (even though we sometimes like to think they are). They know that only one entity stood a chance to gain anything by being open on Thanksgiving day. The retailer and, if they need the paycheck, a few of the employees. It certainly isn’t in the consumer’s interest. The brick and mortar guys want you to shop with them, not on the internet. So they run all these “sales” (which really aren’t sales in the end), open on days when people would normally be focused on family and friends and take a chance on alienating the more “sensible consumer.” All to get you into the store – for their ends, not yours. It isn’t hard to figure this out and so the consumer is just sitting and waiting. Sooner or later, the retailers will be forced to really lower their prices in order to move inventory. No rush on the consumer’s end. Only on the retailer’s end. Now what?

To Sell Is Human