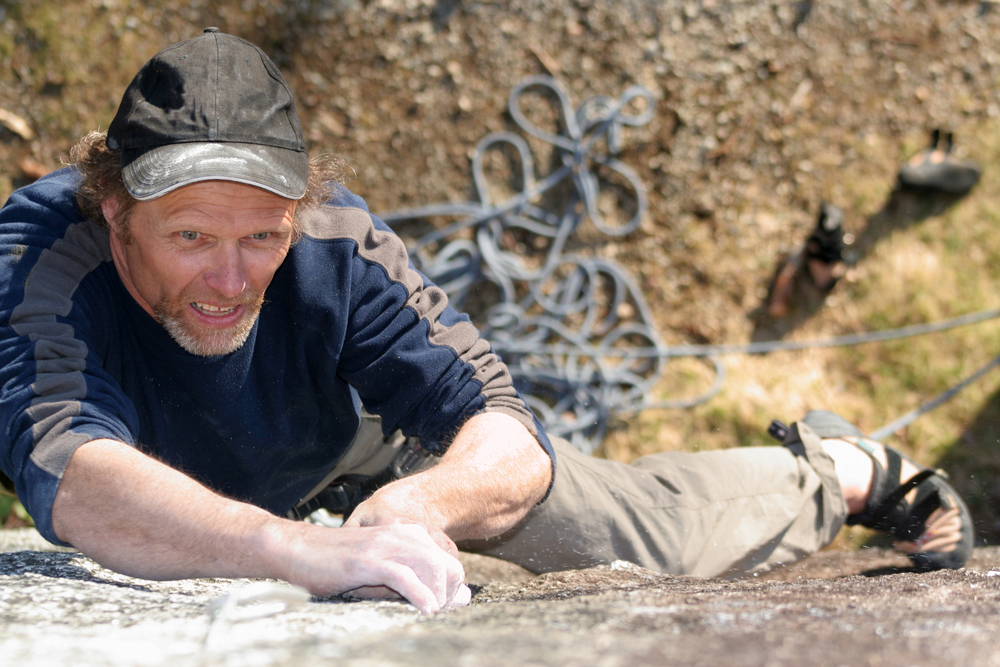 I have heard that statement many times in the last couple of years. Our economy, institutions, companies, families and individuals have been through some tough times. Many folks have become resigned to a fate not of their choosing. They want to work; but can’t find work and so struggle to make ends meet as best they can. In general I find there are two groups of people – those who are resigned and those who refuse to give up. The latter group is broken into two parts. One part will survive.  The other will not and will join the ranks of the resigned.

The group that will survive is the one that means: “I refuse to give up. I will continue to try new things, change my business and evolve new products and service(s) until I find what is going to work in this new marketplace.” And they do just that. They have innovated their way into new niche markets. They have taken advantage of technology to improve productivity wherever possible. They’ve figured out social media and how it works for them. David Belden posted recently on this very topic of refusing to give up (Green Beret Leadership is the Post Title.)

The reason this group will survive, as I’m sure you can see, is because they are willing to adapt. They don’t assume stasis. They expect, respond to and initiate change in themselves and their organizations. They are “true” leaders in the full sense of the word: Vision, Focus and Execution.

The group that will not survive is the group that means: “I refuse to give up. I will continue to work hard with my proven business model. I will simply do more of the things I know I have to do and do them better. Sooner or later, we will get back to normal. And when we do, I will be here – ready and waiting.” And wait they will. They don’t believe that anything has really shifted. They refuse to believe that what got them here won’t get them there (to steal Marshall Goldsmith’s book title.)

Some of these companies are hanging on – just. There is enough residual business to keep things afloat. But their competitors, if in the first group, are out-pacing them in the marketplace. RIM and Blackberry come to mind. They thought they had a lock on the enterprise. They certainly have many loyal followers. But they will very likely not survive. At least, not as we knew them.

This same phenomenon is true of individuals. Some won’t admit that their skills are no longer needed. They won’t re-invent themselves. They are convinced it’s just a matter of time in this slow, jobless recovery. Sooner or later, we’ll get back to normal (translated = the good old days) and I’ll be back to work doing the same thing I’ve done for decades now. I hate to be the bearer of bad news, but “That ain’t gonna happen.”

Other individuals have figured out that they have to make changes. They may have embraced the independent contractor route and are now working with multiple clients part time. They may have figured out that even W2 employment is short lived and so have arranged things so that they can “see the end coming” and begin looking for the next assignment while still gainfully employed.

As Belden said in his post: “The vast majority of the companies I work with are doing well. They are successful because they are doing things differently, and having fun making the changes.” The same is true for individuals wanting to earn a living.

So where are you and your company in this? Are you thriving? Many companies and individuals are thriving. What do you see that’s new in the marketplace? Is there a niche not being filled? Are you reaching out to others for wisdom and experience or are you trying to “grow it alone?” Do you refuse to give up? And for which reason?