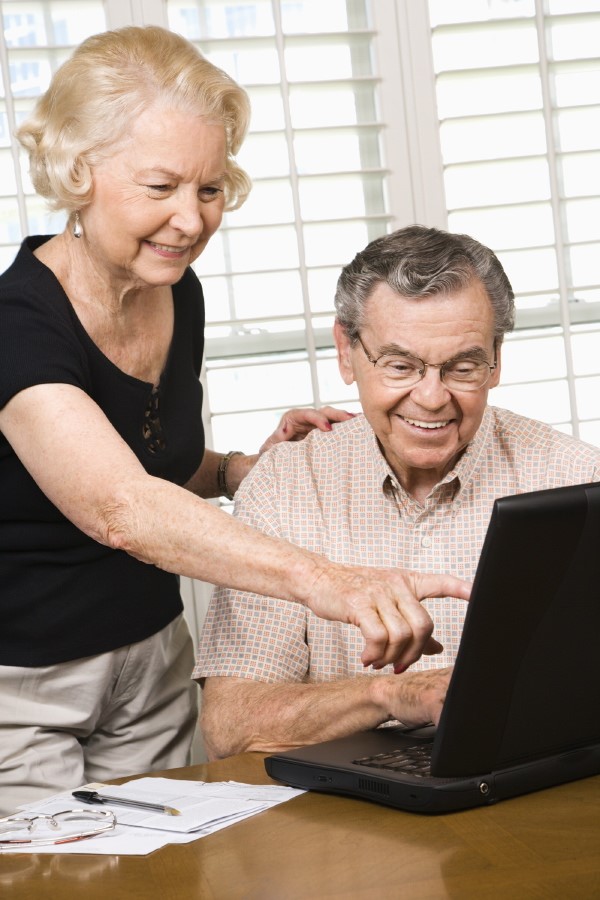 I recently shared with a colleague that I get a bit frustrated at times with having to do things over and over because others don’t bother to learn how to do things for themselves when it comes to technology. Evidence tells me that they are fully capable of learning what they need to learn to at least take advantage of the technology, but they tell themselves stories about how they can’t. It’s a shame because not only are they missing out on information, productivity and fun, but they “burn the bridge” with those who are willing to take the time to try and help them learn.

As an example: I knew a friend had sent me a file via email. I also knew that I had downloaded it to my PC. But I could not remember where I put it or what the file name was. I spent at least a half hour searching email and PC Folders until I finally found the file. It would have been easier to ask my friend to forgive me for being absent minded and to please send the file again. But I refuse to do so unless it is absolutely necessary and I’ve exhausted all options on my end first. This is not new; we had the same issue back in the old days of paper and manila folders. I remember the conversation about peers who would continuously ask for things multiple times; we called them “high maintenance.” It wasn’t a complement.

I truly love to share my knowledge and I am willing to do that whenever I’m asked. I don’t believe anyone benefits when someone keeps useful knowledge to him or herself. I find it disheartening though, to have someone ask me to help and then have them be unwilling to put in the effort to learn. I gained most of my knowledge (maybe all actually) because someone was willing to teach me. So it is incumbent upon me to pass that along.

I run into folks who, because they believe I’m an expert in anything technological (I definitely am not), will ask me to show them how to “do something.” An example might be,  “can you show me how to copy a CD,” or “download an mp3 file to my phone?” My response is generally to say “sure,” and then explain each step along the way (while I have them perform the functions). My intention is to make sure they understand not only what to do but why it’s done that way so that they can do this on their own next time. More importantly, perhaps, is to make sure that if something slightly different is needed, they understand enough about the general way things work on their PC that they can confidently and successfully try a slightly different approach. Here’s what I generally get; “Well, I just want to get this done. Can’t you simply show me which buttons to push?” Of course I can, but then the next time they have to perform this task, they surely won’t remember and they won’t have the knowledge of basic functionality to perhaps figure it out on their own. What do they do? They call me again and want me to hold their had through the same process. Apparently, my time is not worth as much as theirs.

The young people you hire (Millennials – 17 to 34 years of age and maybe even older in some cases) grew up with technology. It’s second nature to them. And for lots of reasons, they watch their leaders carefully. It’s why you can’t say one thing and then do something different. They really don’t care so much what you say — what you do is far more important, and so they watch their leaders. What message are we sending if we are not willing to learn new things that are a bit out of our comfort zone? Unless you are in the business of building PC’s, nobody expects you to be able to build a PC. But every business leader today should be able to use PC’s, office software, internet search, smart phones, navigation systems, social media, email and text messaging. The tired old excuses we use — “it’s not a good use of my time;” “I’m too busy to take time to learn;” “That’s why I have employees, they can do it;” — no longer cut it in this fast moving technology world. Old dogs had definitely better learn new tricks. At least, they must make a real effort.

Family and colleagues tell me that because of my background, I expect too much of others when it comes to technology. I confess that I come at this challenge from the perspective of someone who grew up in the technology field. I also have an insatiable curiosity, a desire to learn new things and a propensity for initiating change. I don’t believe that disqualifies my observations about what’s going on with people who insist on being high maintenance. It may say something about how impatient I might be with how long it takes for some of us to learn how to use software and devices, but it doesn’t invalidate my point.

It will be hard for any leader today to overcome the negative message they send when they aren’t willing to learn how to use technology effectively. It’s not so much about the technology itself (although I maintain that is important too) but about your willingness to get outside your comfort zone and learn something new. It’s also getting down to your ability to communicate, effectively manage your time and “keep up” in a rapidly changing world.

The questions then are: “What kind of an example are you setting as a leader? Are you continuing to learn? Are you effectively using technology to leverage and manage your time?”