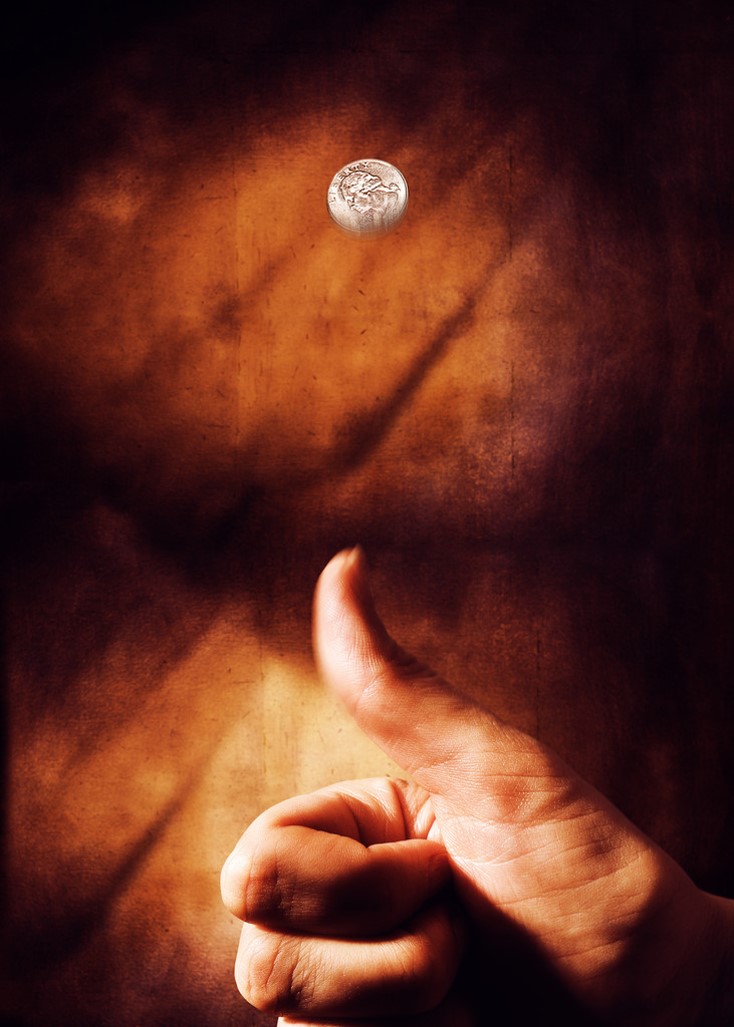 “Back in the day,” I did an awful lot of spreadsheet work around forecasting. Sometimes, but not usually, I’d be asked for worst case and best case forecasts. Generally, though, any numbers I gave were reduced to only a single goal for revenue. It was vanishingly rare that someone in an executive position would present a revenue forecast that read like a weather forecast: We have a 20% chance of obtaining $200 MM in revenue in this fiscal year and an 80% chance of achieving $175 MM. Why not?

If I said to you right now, that I am going to flip a coin and it is going to “come up heads,” you would either assume I had a fake coin or would laugh and say, “Sure Dave, go ahead. You have a 50 – 50 chance of being right.” So why do we believe our revenue forecasts should be reported as a single number with no probability of success attached? Even most Sales Force Automation or Customer Relationship Management software only reports a single revenue number for your “opportunities,” even though they may weight the potential revenue by the opportunity’s status in the sales cycle. The trouble with all of that is that we tend to believe the numbers once they are reported.

The weather guys get it right though. Have you noticed how they give you the percent chance of rain? Or when tracking hurricanes and severe storms they give multiple tracks that the storm might take and a very wide range of landfall possibilities. They know how complicated the weather is with an incredible number of variables. So they have several different super-computer models that take into account different weights on those variables. The result is that we know better than to say it is in fact going to rain. Unless it actually is already raining, we’ve now been trained to think of the probability of it raining. Further, we do not “blame” the weather forecaster for the weather. If there was a 20% chance of rain and we get caught in a shower, we just shrug and reach for the bumbershoot.

With all the changes in our global economy and in the minds of consumers (individuals or businesses, it’s all changed) wouldn’t we be better served if we openly admitted that our revenue forecasts are, in large part, simply a guess? Sure we will take a single number for our budgeting process, but we can chose to be conservative and take the low end of revenue. We might have stretch goals based on the predicted probabilities for a higher number. And, of course, we would want these numbers to be a bottom-up projection rather than a top down budget based on what owners, executives, Wall Street or boards might wish for the business.

Obvious questions come from taking a more disciplined, probabilistic approach. How we compensate salespeople might be one of them. Perhaps (I know this is heresy to some) we might even question why we have a separate sales force at all. There have been several recent articles indicating that firms are actually moving personnel into marketing functions and eliminating sales. Customer and Public Relations along with branding get to be far more important in this age of “pull” rather than “push” marketing. Focusing on the technology driven CRM, PR and Branding platforms gives us a lot more data. While not perfect, that data is more accurate since it is a comprehensive sample.

Interestingly enough, I started thinking and writing about this back in May of 2009 (An Economy Driven Sales Reset.) What I’m now seeing is that many consumers are pushing back on advertising (manipulation) and selling (also manipulation.) I am willing to go out on a limb and predict this trend will continue. So if your sales team is becoming less and less effective, what’s your next logical move? Who “owns” the forecast? Who will be held accountable? Anyone? Everyone? Will you too join the bandwagon of using technology to brand (not advertise or sell, but brand) your products and services? As you do that, what will you do with the highly motivated and talented sales force of yore? And if you are one of those salespeople, what are you doing to make sure you continue to add the value? Will you learn to use the “big data” you can now collect to figure out your forecast as a probability distribution? Challenging!