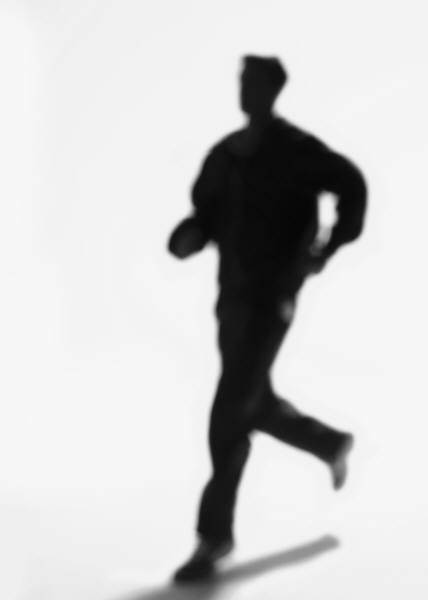 My day didn’t start out to be this way. Being a curmudgeon is definitely not my normal mindset. Actually, the day began with gratitude. Mimi’s Cafe has a location close by my home. I use it, from time to time, to meet folks I’m mentoring since I work out of my home office. It’s a good place to meet except that it is generally a bit noisy (like most restaurants) and their WiFi “never” works. So I was surprised and very pleased when I met a client for an early breakfast meeting and about twenty minutes into the conversation I became aware of two things – first, the WiFi was actually working so that I could look up an article url to refer to him and the second was the sound of silence. No music blaring! So when the waiter stopped by to refill our coffee cups, I went out of my way to tell him that I’d noticed the WiFi and the “quiet.” His face lit up and he said, “We’ve noticed that many of our breakfast customers are here working and meeting with others. So we are trying to make it more pleasant for them to do that.” On the way out, I spotted the manager and told her how much I appreciated the “new” environment. She too was all smiles and told me the same story as her waiter. Thank you Mimi’s. But, for me, things went downhill from there.

I’ll share a bit of background. I’ve been a jogger since my early thirties. I rarely compete, usually run alone and generally run between five and ten miles about three times a week. Recently, a friend on the east coast convinced me that it would be fun to run a marathon together (definitely NOT on my bucket-list) and so I’m in the middle of training for a June 2013 marathon out here in San Diego. A second piece of information is that I have a significant hearing loss in one ear. We speculate that it is perhaps due to a shotgun blast while hunting some twenty-five years ago. I have been wearing a hearing instrument in that ear since 1991 and normal hearing loss in the other ear required a second instrument about ten years ago. The new instruments are very good and very expensive. I tell you these two things as a bit of an excuse for how the day went downhill after such a promising start.

Late afternoon, after several great meetings (not all at Mimi’s though), I decided I had time for a training run. I needed to do about six miles. I suited up and took off running along the roads around our home. It’s a bit too far to go to any decent parks, so I generally run on the sidewalks around home. About two miles into the run, I found myself sticking a finger in each ear to block out the roar of two motorcycles “racing” to the next traffic light. I know I’m sensitive to loud sounds since I don’t want to lose any more hearing than I already have, but I assure you these bikes were loud enough to actually be painful in the open air. I think that made me more aware because not too much later I was passed by one of those “monster trucks” with huge knobby tires that are higher than my waist. Those tires make their own loud noise – certainly not as loud as the bikes and I wouldn’t call it painful, but again I found it more comfortable to cover my ears. Noise pollution.

It got me thinking. I love that we live in a country that gives people the personal freedom to own the vehicles they want to own and can afford. Still, does a motorcycle have to be that loud? Is it fair to others in our community? What about pedestrians and joggers out there without any ear protection, or folks with their car windows down? Where do the biker’s rights and the pedestrian’s rights begin and end? I assume there are noise ordinances in our town, but are they being enforced? And how about those ridiculous (I’m sorry, that’s being judgmental, I know) trucks? Do they belong on the road? They can’t be “working” trucks because the beds are six feet off the ground, so who would want to load things into it? It just makes me wonder and, of course, it started me down the path of thinking about personal responsibility and a sense of community. Then that led me to thinking about corporate responsibility and community.

I’ve said it before on this blog; we get the regulation we deserve. At some point, enough citizens will complain about noise that the police in our town will start pulling bikers over and issuing tickets to get the noise down where it’s legal. They will find ways to make it more difficult for over-sized tires, jacked-up trucks that are out of “code” to be on the road. Or, perhaps the fuel costs, insurance costs, and maintenance costs will take care of the truck problem.

As a country, we are once again embroiled in a controversy between gun manufacturers and responsible gun (not anti-gun) safety advocates. I have no idea where this will wind up, but I am pretty sure that there will be new regulations of some kind put in place. I see no way to escape at least the gun show loophole for background checks eventually being closed. Bad actors cause the rest of us to “suffer.” Similarly, corporations, usually large corporations, become greedy, forget that they are part of a wider community and wind up forcing regulation on industries that, while inconvenient for large companies, can be absolutely devastating to small businesses. (I warned you, a curmudgeon rant!)

As I finished up my run and was walking around our “retirement community,” I again noticed how personal responsibility and sense of community is missing. I suspect that just about everyone in our community (about 500 homes or so) is a “boomer” (1945 – 1964) or a “traditional” generation (1922 – 1945). This is a semi-arid area. We don’t get a lot of rain. Neither my wife nor I smoke. Yet, as I walked past the front of our home, I noticed that once again the gutter was strewn with cigarette butts. They got there on water from people washing down their driveways and/or cars or smokers just throwing down their cigarette and stepping on it. There is little to no concern for how they are using a limited resource (potable water) or “trashing” someone’s home.

I’m not sure where all this rugged individualism we celebrate in our American culture is going to take us. My one hope, that ray of sunshine, is that the young folks with whom I work, the generation “Y” or Millennial folks (1977 – 1995) seem to be much more collaborative, more aware of their environment and often times more aware of the impact they are having on others. The good news is they are an even bigger cohort than the baby boomers, so they will have a big impact on our society. I believe it will be for the best, and perhaps none too soon. (End of rant. For now anyway!)