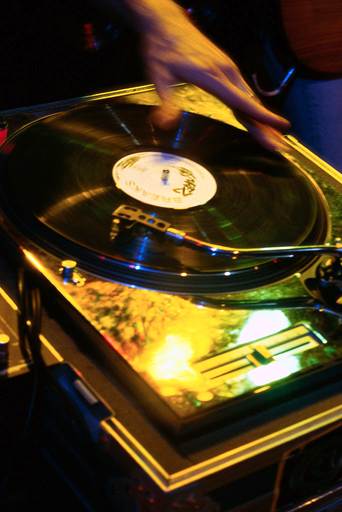 I was supposed to be working on the newsletter. There were several columns left to write (this being one of them) and still, I found myself immersed in a project that could very easily wait for another time when deadlines were not looming. But this little “project” had been percolating in the back of my mind for several weeks. I finally could not take it any more and so I got started.

But while I was anxious to take this on, I was also strangely hesitant. It was a “simple” deal – we now had true broadband connection since a local cable company had taken on the task of wiring up our neighborhood. “Goodbye” slow dsl and “hello” new world of fast internet and streaming media. And that’s what caused the problem. I wanted to consolidate things in our entertainment center because now the various stereo components – tape deck, CD changer, amplifier and tuner – were no longer necessary. I have access to all the music I could want and it all is played through a fine surround-sound system. The last piece of resistance was to figure out if I had to give up my CDs too. I figure I might still want to be able to play a particular album without a long “search” on Pandora or other service. That little concern was quickly resolved though. I grabbed a CD, stuck it in the Blue Ray player in the surround sound system and of course it was just fine! Still, I didn’t want to move forward with actually dismantling my system. Why? What’s up with that?

It finally dawned on me as I forced myself to begin taking things apart. My partner and I have been married for almost 45 years. In our first year of marriage, I built a Heathkit stereo system – now that dates me doesn’t it! And we have not been without some sort of component stereo system since that day – until now. So many other things have come and gone in our lives, but music and the components to play that music have been a relative constant. Of course we won’t be without the music, it’s just coming to us through a different technology. But getting rid of that carefully selected electronic gear was a bit of a shock – much to my surprise. On the other hand, she seems not to be very concerned at all. Maybe it’s a guy thing with stereo components?

I burned the ship on the shore, so to speak, and took the components down to the Goodwill store and donated it all. So now my music experience will be totally changed. Certainly I won’t bother with CDs any more. Instead, I’ll buy the digital rights on-line and stream to my various devices. When we have dinner guests and wish to have background music, we’ll simply “fire up” the big screen TV, and surround sound system then select a music source, genre and artist. Simple. But what has that done to a bunch of electronic manufacturers, distributors and retailers?

Things have totally changed for me now, and marketing or selling to me has had to change as well. I stream music and/or podcasts to my home entertainment center, my PC, my tablet and my Phone. I listen while at home relaxing, in my office working, in my car commuting or out on my run. I expect my service to recommend new artists based on what I’ve told it about my likes and dislikes. What a change from going down to the store, listening to a few tracks, having to buy a whole album and then trying to figure out how to get it onto various formats for listening (in the bad old days, cassette for car, etc.)

I know somewhere in storage I have a bunch of vinyl LPs, 8mm movies and a whole stack of color pictures printed — either loose or in albums. What’s going to happen to all those? More projects I guess. I suspect some of the folks reading this blog are wondering what all the fuss is about. They don’t remember or never experienced life without the internet. I wonder too. I’ve spent my life in and around technology, but even so, there are some passings that are worthy of note. For me, this is obviously one of them.