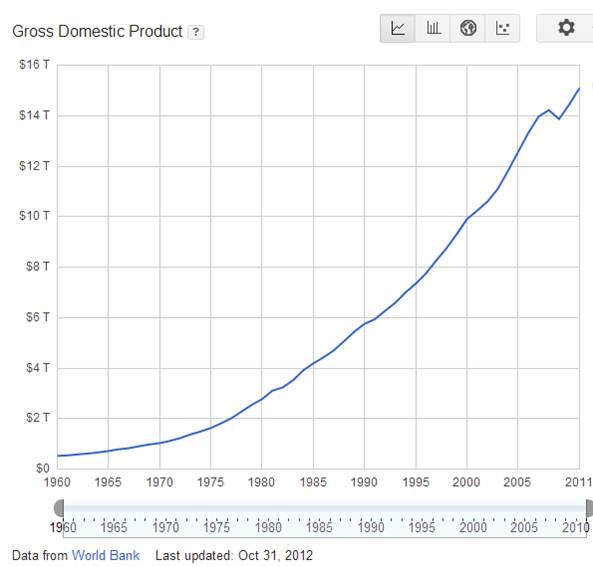 There is a lot of “discussion” about the idea that our business leaders are hesitant to move their businesses forward because of so much uncertainty in the economy. Pundits are writing blogs, spinning articles in opinion pages and yakking about it on the news shows and podcasts. To hear them tell it, because of the specter of the so called “fiscal cliff,” uncertainty about tax codes and uncertainty about Europe, our business leaders are frozen in place; unwilling or unable to make a decision about employees, capital expenditures and expansion. I think this view is largely wrong and does a big disservice to our economy.

Don’t misunderstand me. Of course there are many components comprising our business environment that seem to be in flux these days; and many reasons to pull ourselves up short and take a look at what is going on around us. And I know several business folks who have indeed said they were going to wait and see before “pulling the trigger” on a project or other major decision. What is left unsaid is that they are going to do that because they see that they have the luxury of being able to take the time to make the decision at a later date. Why? Because the market is allowing them to do so.

You may think I’m picking nits here, but I see this as a fundamental difference in understanding our business economy. Despite the uncertainty around taxes, markets in Europe, cost of goods and other political and economic intrigues, several companies with whom I’m familiar have made major decisions and investments such as moving to a new facility, hiring key new employees and making major investments in new machines. When asked, they of course profess to wanting there to be a bit more certainty in the business climate. We all would love to have a fixed environment around a few things like taxes, regulations and business law. Yet many of us believe that it is change that creates new opportunities for our businesses.

Back in May of 2009, I wrote an article and published it in several places. In that article, I argue that what was happening during the recession was best described as (1) a reset in values in our citizens, (2) that the consuming public had changed their habits, (3) the change was going to be more or less permanent and that (4) the “level of business” we were seeing was likely to continue for the foreseeable future. Three years later, we are growing at a slow pace (around 2% GDP,) employment is lagging behind where (based on history) we would like to see it, and the consumer is still acting very cautiously. The biggest demographic cohort (generation “Y” which is that group presently between 17 and 35 years of age) that is moving through our economy is not nearly as acquisition oriented as the baby boomers.

Despite business activity, we are back above the level of GDP we had achieved prior to the recession (you can find this data at the Dept. of Commerce Bureau of Economic Analysis site.) I’m sure it doesn’t feel that way to many folks, but it is a fact. And, we are achieving that level of GDP with fewer employees. Depending on who you chose to believe, employment is down somewhere between 10% and 15% and yet we are producing more than we were in 2007 prior to the downturn. Because unemployment is high, we all know someone who is presently unemployed. Many of us know people who despite being highly qualified, well-educated and very experienced in their field have been unemployed for many months, perhaps even years.

The “bottom line” for me in all this is that the economy is doing “well enough.” The numbers are pretty much going in the right direction. There is, of course, uncertainty in all the markets. And despite all the talking head rhetoric, I maintain that the single most important issue is that our businesses are still watching only one major factor – revenue projections. Of course they aren’t ignoring other considerations such as taxes, regulations, etc. However, when the discussions are all done, the business leaders with whom I work have one major driver and that is their sense of the direction of revenue generation. If demand is up, they will hire employees – part time employees these days, and convert them to full time employees only when revenue and demand dictates that they do so.

The business leaders with whom I work are paying attention to the demand for their own products and services; and they are thriving, investing in their businesses and employees. The business incubators seem to be quite busy and new businesses are still forming at a reasonable (although subdued) rate. These folks are not listening to the Fear, Uncertainty and Doubt (FUD) being spewed out by the talking heads and politicians. While cautious, they are generally optimistic about their own businesses. When pressed, they admit that they see opportunity in this slow recovery, a chance to find new products and services.

So the question is: “Will business leaders lift themselves out of the negativity that they see and hear every day and begin looking for and capitalizing on the opportunities that are being presented?” I maintain that if they do, things will be fine in 2013. Now is the time to build our businesses. 2014 may well be a bit of a stall or down year as new regulations and healthcare provisions take full hold. But that will be short lived and then we can begin the slow growth again in the outlying years. How about you? Are you waiting for business to get back to historic normal? Are you convinced that things have changed permanently? Are you looking for new opportunities?