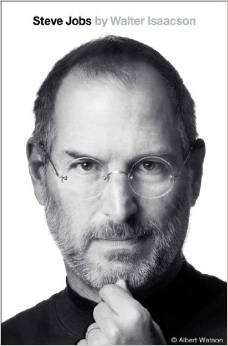 No, not the kind so many of us are looking for these days. I’m thinking about Steve Jobs. It’s been a year since he died. I finished, some time ago, Isaacson’s biography and found myself somewhat split on whether to continue to put Jobs forward as a true leader or as an example of what you “don’t want to do” as a leader. I guess I wasn’t alone, since Wired magazine had pretty much the same thing to say. The “driver” part of me admires his stick-to-it attitude and his ability to drive people beyond what they thought they could do. He didn’t care about anything except reaching the vision and he built a company that, to use Simon Sinek‘s terminology, was totally focused on the “Why.”

The “develop leaders and people” side of me is horrified at how Jobs treated people. No matter how thick your skin is, sooner or later, being told by someone you admire that your work is “a piece of shit” has to get to you. I’m not at all suggesting that shoddy or mediocre work be accepted. I am saying there is a way to turn work down or point out deficiencies without also tearing down human dignity. We will see if Apple can stay focused on the “Why” and not get hung up on trying to sell the what and how of their products. I believe that if they can stay focused and true to the “Why” Steve Jobs defined and envisioned for them, they will be just fine and will get along without his insensitive management style.

I fear though, that if what I have heard about the introduction of the iPhone 5 (I did not see the presentation myself), there was a good deal of talk about the what, the specifications and not so much about the why, the belief in challenging the status quo by building beautiful products. Once before, without Jobs, Apple languished. I hope that now the culture of Apple is so ingrained that everyone there will make sure they are true to the “Why” without denigrating each other.

Despite my admiration for Apple, I do not use their products. That’s because I am more interested in the what of phones, tablets and PCs and I’m not willing to pay the premium that Apple demands for the ecosystem they’ve created. I am really interested to see what Apple does with a smaller iPad, pricing and lawsuits going forward. They have sown some pretty “nasty seeds.” It will be interesting to see how they are treated in the marketplace going forward.