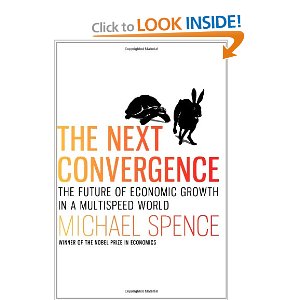 One of the small joys I have in life is to attend seminars and lectures that not only inform but allow me to meet the people doing the research and forming the theories. Michael Spence, winner of the Nobel Prize in Economics, spoke at a Drucker Forum recently and I was able to attend. He definitely has his mind wrapped around the very complex issue of global economics and the roles played by the developed versus the developing economies. They are interdependent roles to be sure.

His presentation (a question and answer format where he was interviewed by James Flanigan, business columnist for the New York Times) was riveting and insightful. As he made clear at the presentation and again in his book, “The huge asymmetries between advanced and developing countries have not disappeared, but they are declining, and the pattern for the first time in 250 years is convergence rather than divergence.” This of course has equally huge consequences for the developed countries. We will have to continue to adjust and find our way in the global economy.

Spence has broken his book into four parts. Part one: The global economy and developing countries; Part two: Sustained high growth in the developing world; Part three: The crisis and its aftermath and Part four: The future of growth.

Each section is fleshed out with detailed descriptions of the complex interactions of the new economy and amply points out why we cannot go back to the protectionism and isolation for which so many folks seem to yearn. In part one, Spence explains the origins of the Global Economy and answers some common questions about the developing world in that economy. He makes it clear to the reader that 1950 was the start of a remarkable century and that the static views of a changing world has set us up for difficulty in understanding how things will play out going forward.

In part two, Spence explores the high growth curves in the developing countries in the “Postwar Period” and the opening of what today we call the global economy. He explains the importance and effects of the “Middle-Income Transition.” He then touches on some of the low growth economies in the developing world, discusses the impact of natural resources and the “adding up problem.” 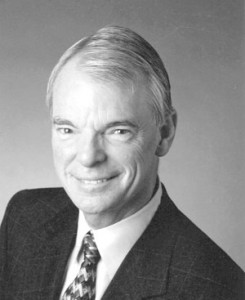 In part three, Spence explains, perhaps better than I have heard to date, the economic crisis and its effect on the global economy – both the developed and developing economies. He further explains the role of the WTO and excessive savings in China will affect the global markets.

In part four, Spence gives his view of how the emerging economies will fair, country by country for the larger economies and by region as well. He doesn’t shy away from the controversial topics such as global climate change, European integration and “Transnational Governance.”

He touches on Information Technology, the G20, and “Sustaining Growth: The Second Half Century of Convergence.” I cannot imagine that these topics are not of interest and vital information for any person or business in today’s world.

The clear writing style, detailed explanations and the complex subject combine to make this a must read book for anyone interested in knowing what to expect in the coming decades from an economics point of view. While I’ve had to go back and re-read several passages to fully understand what was being said, this book is,for the most part, entirely accessible and yet manages to explain a very complex subject.

I highly recommend this book to business colleagues, politicians regardless of ideology and anyone else who wants to understand our new global economy.