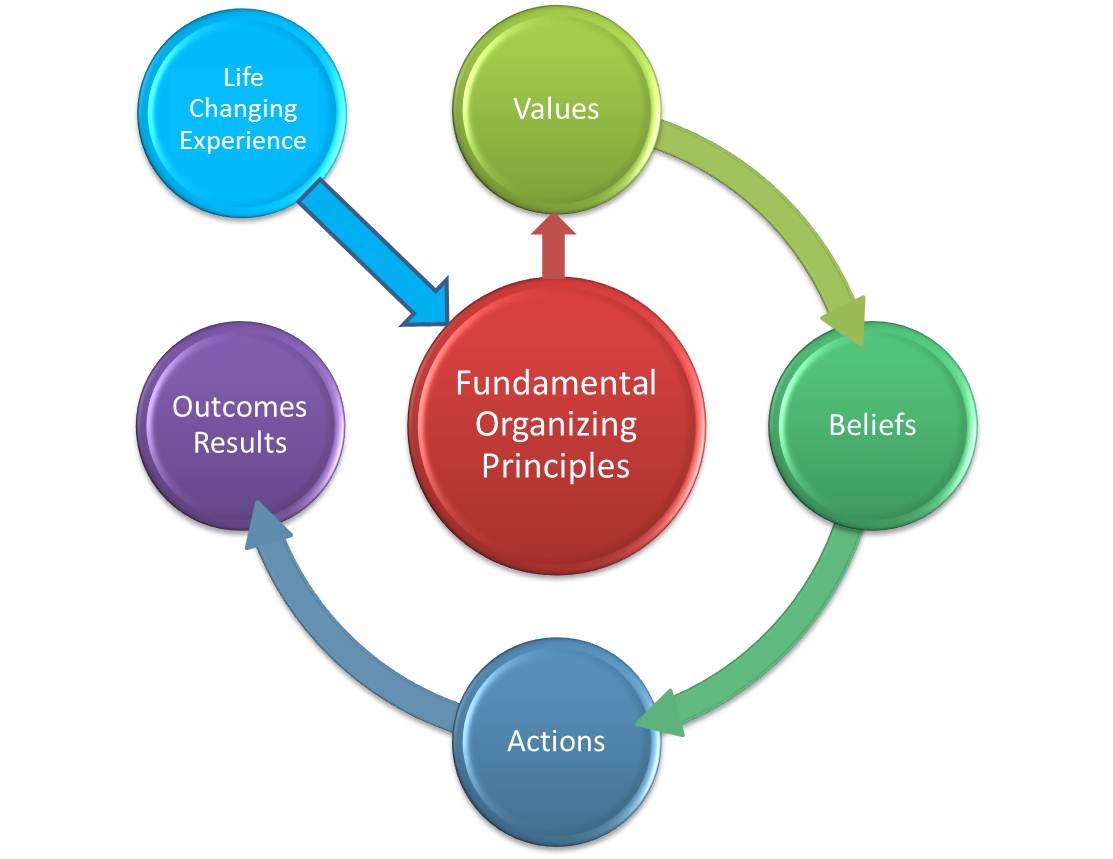 I’ve posted several times on the Fundamental Organizing Principles (FOPs), values and how we develop a personal and corporate culture around them. I also suggested that we need to try to discover where we are in relationship to the corporate culture and “mind the gap,” so to speak. Well, I got called out on this one!

Someone posted a comment on the post “Fundamentals of great leadership, Part I,” that essentially said, “wondering why you aren’t still in that cushy W2 job, you will want to look back at what the Fundamental Organizing Principles (FOPs) for your venture were back when you were so. . .” and the post stopped there. The question is a really good one.

I’m not sure who posted this or what they were thinking about when they wrote “for your venture back when you were so . . .” Still, the question is a good one if I assume that they mean this as a serious question and not as simply a judgment or challenge. So I will make that assumption. The comment could be from a former colleague, a boss, employee or stranger, so I can only answer the question “generically.”

My experience working with executives at all manner of companies this past decade since I left the corporate world is that only a few have consciously taken the time to understand what their FOPs are and how they use them to decide what they do in life. Some seem to “get it” but at a relatively “unconscious” level. A few have consciously gone through a process to figure out the standards by which they live and/or make choices. Further, it seems that many executives needed some sort of significant event in their life to cause them to take the time to review just what mattered to them. Sometimes it was a divorce, sometimes a serious health issue, sometimes a near death experience or serious accident that forced them to look at their own mortality. A few others, myself included, did not have a “sudden epiphany” but rather gradually came to understand that something had changed, that they were not as engaged as they used to be.

About two years before I left the corporate world, I began noticing that I was no longer focused on the business. It is likely that a combination of things caused me to get to this point. Perhaps it was the constant weekly commute from southern to northern CA. Leave on Tuesday to fly north, home on Friday; almost every work week. It could be that the company’s de-emphasis of the product line on which I was working finally made me realize that I needed to figure out what my next “gig” would be. More likely, it was a rather mundane and rather normal “mid-life crisis” that crept up and asked some not-so-simple questions, “What are you doing? What is your life about? How are you adding value and creating meaning?” At any rate, it became clear that it would be best for my company and for me to make sure that I did in fact figure that out and get on with whatever was to be next. The rigorous downsizing the company needed to go through was an opportunity for us both. I decided, shortly before the “reduction in force” that I was done with employment in large corporations and would create a life that would allow me to work “forever” at something that brings enjoyment and adds value. That pursuit has evolved into what I do today, and find so rewarding.

It is important to point out several things. First, there was no mismatch in “ethics” when I decided to go out on my own. That is to say, I did not suddenly wake up and think that I was being asked to do something that violated one of my FOPs. The company did not change, rather I grew and changed – I hope for the better. Second, I have absolutely only good things to say about the companies for whom I worked because without them I would not have gained the maturity and experience I need to perform as an executive leader coach – while earning a very nice living for my family along the way. I can honestly say that I enjoyed just about every day I had to go to work; even if the last couple of years were not quite as enjoyable as previous years, they were still challenging and the people with whom I worked were/are great folks.

What I came to realize is that I wanted to be more in control of making a difference and adding value “in the world.” I wanted to learn more about being people oriented rather than “thing” oriented – no small undertaking for a confirmed “nerd.” This past decade has been one of challenge, personal growth and incredible learning for me. And it is with a full measure of humility that I note several of the clients with whom I work have offered that I have been helpful to them – both in increasing their effectiveness as leaders and in enhancing their personal lives. That is incredibly rewarding to me.

So here’s the “bottom line” on all this. The person who made the afore-mentioned comment suggested I would want to go back and look at the FOPs for my venture. 1) I did that more than a decade ago when I left the corporate world. 2) Those values did not change, I just brought them up to a level of consciousness and evaluated them anew. 3) The companies with whom I worked did not ask me to violate those FOPs. 4) Once our children were raised and successfully out on their own (with their own FOPs!), I could change the emphasis on “how” I earned a living and live out those FOPs. 5) My “new venture” (not so new anymore!) allows me to be more introspective, add value in a more “human focused” way, engaging others in professional positions, work in an incredibly wide variety of industries and continue to constantly grow myself. All very esoteric ideals. 6) On a more practical note; as a “boomer” it became clear to me that I was either going to have to be looking for a new employer every 24 to 36 months and put up with the vagaries of the “job market,” or I was going to have to make my own “employment.” So here I am, and life seems to be much better than I had imagined. Still challenging of course, especially in the present economy, but then, why would I want it any other way?