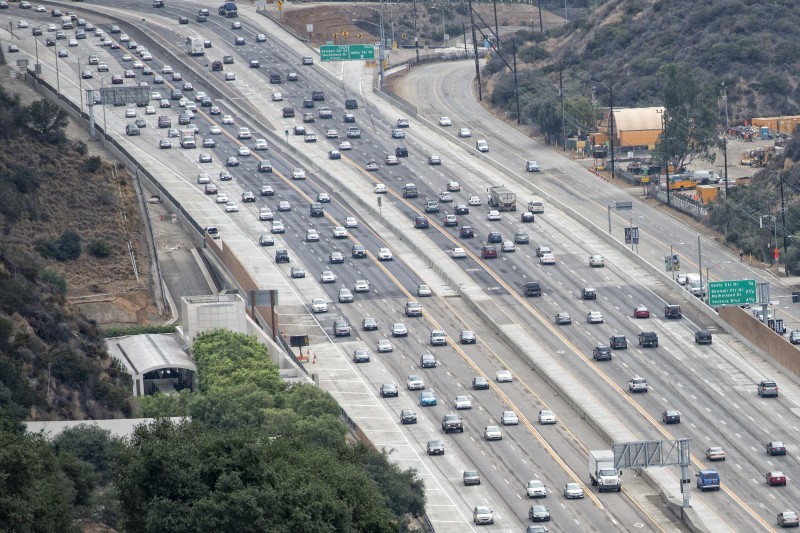 I was speaking with a colleague the other day and he said something about wanting a change to take place in the company for which he works. After listening, I said, “You have to get out in front on this.” That started me thinking about our usual perception of leaders. Sometimes, it might be best to lead from behind.

An analogy I came up with some time ago had to do with a small convoy of vehicles we had formed to take several employees to a meeting. There were four or five cars (the details are now a bit foggy) in our little parade and we did not have an awful lot of leeway time-wise. One of my colleagues was in the lead and he knew where we were going. I had decided to “bring up the rear” of the convoy since I too knew where we were going and if there were any stragglers, I would be able to help them along.

Anyone who has driven the highways in Southern California (or any other urban area) knows how difficult it is to keep five cars together. People do not want to let you keep a safe distance from the car in front of you. They seem to believe they have an inalienable right to be in the lane they want to be in regardless of who might already be there. And in California, “drive to the right except to pass” is a quaint saying followed by no one as far as I can tell. So even though we resolved to “stay together,” I knew it would be a challenge.

We managed though, and some of it is because I was able to anticipate the necessary lane changes and, as the last vehicle in line, I could move over to the necessary lane and leave room for the vehicle in front of me to move over, and then the one in front of that vehicle could move over, etc. It was not as easy as it would be today with cell phone communication. I can see exactly how we could enhance and formalize all this so it would work to make sure we stayed together.

First, we’d make sure all vehicles had a map and directions of where we were going. Then we would make sure we all had our cell phones (hands free of course). Second, we would discuss the route in detail to be clear on which of many possible routes we intended to take. Third, the lead car would let the last car in line know if there were any unanticipated lane changes due to accidents, construction, etc. They would not initiate lane changes but instead let the last car move into the correct lane and make room for the cars in front in succession. Of course we’d all agree to use our directional signals so that the vehicles behind and in front can anticipate our moves and be ready to safely execute their own changes.

We know from sad experience that if the lead car changes lanes first, it is often difficult or impossible for the cars that are following to also move to that lane because there are already impatient drivers in that lane and they are not about to let you in. I’ve been told that this is often the way funeral processions are organized by the funeral director when they need to be on a highway. It all makes sense to me, and I know first hand that it works even here in California.

I think the analogy holds for our businesses as well. There are times when the leader has to be out front “leading the charge” so to speak. We have to be early adopters of many things in order to get the company to follow up – perhaps it’s a cultural change that is necessary so the leader has to model the new behaviors. I’ve often thought that we citizens respond harshly to our politicians when they are “out in front of us” on issues. It doesn’t matter which side of the liberal/conservative divide you are on, there are times when those we elect to lead us have to actually lead from the front – getting out there and being the eloquent speaker for what they believe is right.

At other times, and perhaps more often than we think, our leaders need to clear the lane for us from behind. They don’t need to be out in front leading the charge where everyone can see them. Instead, they might develop legislation that clears the way for civil rights, or new tax codes, or new diplomatic initiatives, etc. And the same is true of our business leaders. As Lao Tzu is credited with saying, “A leader is most effective when people barely know he exists. When his work is done, his aim fulfilled, his troops will feel they did it themselves.”

If we start looking at our leadership responsibilities as clearing the lanes so our people can safely arrive at the appointed destination, on time and with the right payload, then we will be able to see how it is easier for everyone if we lead from behind. The leader who uses this approach must be able to develop faith in those who are “on the front lines.” They have to feed back accurate accounts of what is happening up front so that we know how to help out. We have to be content letting others “take the lead” and be the first to arrive. We have to be willing to have the boring “same view” since we aren’t the ones out front seeing the new terrain.

How are you at leading from behind? Do you see how this analogy might apply to your business and leadership style? Are you willing to “ask questions” rather than give directions?