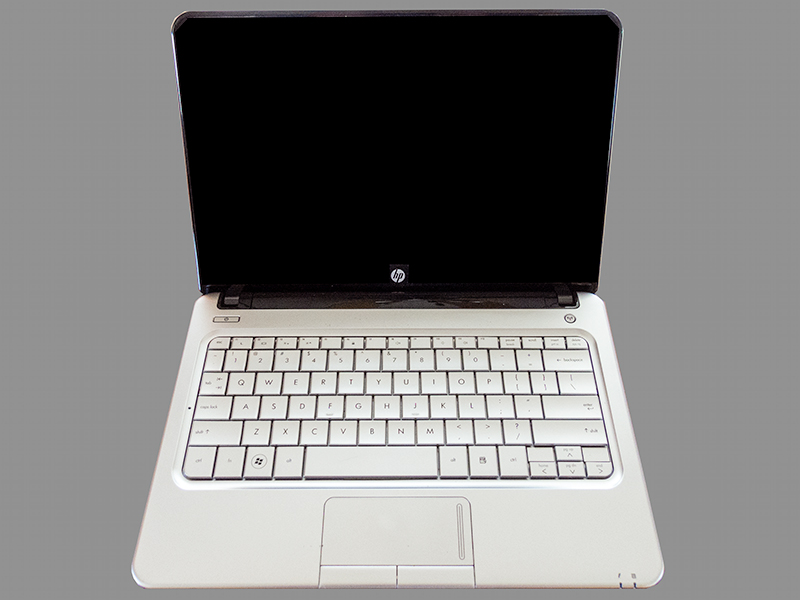 So I have made my decision, finally. After much deliberation, observation and contemplation I’ve decided an 1873 invention by Latham Sholes is too important for me to ignore. Now 1873 is just a bit before I was born, and here we are some 137 years later and Mr. Latham Sholes is causing me to pick, one kind of PC over another. It’s a long story but those of you who follow the history of technology already know where this is going.

Back in 1873 Mr. Sholes was trying to solve a problem. He had a vision of making a machine that would allow an individual to type directly onto paper – yep,you guessed it – the typewriter. His problem was that the type bars had to be arranged to avoid “clashes.” His solution, ubiquitous to this day, was the “QWERTY Keyboard.” I think we’ve all grown up with it. And while there may still be many folks in areas where typewriters and PCs are not used, those of us who live in the so called “developed countries,” cannot escape his rather elegant design. Elegant in that it neatly solved the problem of the day. We have not been able to overcome the entrenched design even as the original problem it solved has long ago become a non-issue.

So now you get where I’m headed. Like many if not all of you, I grew up with the QWERTY Keyboard. It started in high school and became totally ingrained in my world when I hit college and learned to program on the card punches in the computer center and to type my papers on typewriters. (Do you know what a card punch is? Do you know what a typewriter is?) I even recognized how important typing was going to be and took a class to learn proper techniques. I don’t think twice about using any such keyboard and long ago became what some people call a “touch typist.” I think what that means is I use all fingers and do not look at the keyboard when typing (except I’ve never been good at the special characters, the number row or using a 10 key without looking). In the good old days, I typed as quickly and as accurately as most secretaries or executive assistants. I’m not quite so good these days since I do lots of other PC work such as spreadsheets and filling in web based forms. But still my typing skills stand me in good stead even now.

Enter the now very popular tablet PCs with their great multi-touch screens and virtual keyboards. Still the QWERTY layout, but now on a glass screen with no tactile feedback and no way to rest your hands lightly on the keys as one often does with a mechanical keyboard. I tried (not very long, admittedly) to use one of these tablets. I also use a blackberry storm with a virtual keyboard that I can manage because it has some tactile feedback and I only use it for very short typing tasks. Yet, I like the idea of having a small portable device that is “always connected” and has a screen large enough that I can do meaningful calendaring. My phone doesn’t cut it when I’m trying to see possibilities for meeting with my clients. If I have any significant calendaring task, I wait until I’m at my PC.

So, after hemming and hawing for a month or so, I finally made the decision to go with a Netbook rather than a tablet. The brand isn’t important to the discussion, it is the concept of having to live with a design, and for me the mechanical keyboard was the clincher. Once I decided that I wasn’t going to be able to live with a virtual keyboard, the solution had to be to either get an external keyboard (bluetooth keyboard is possible with the Apple iPad and I suspect the slew of tablet computers coming out will have a similar solution) or not get a tablet. The thought of carrying around the accessories brought me to a halt. So, here I am, typing happily away on a very nice Netbook that is continually connected to either 3G Network (WWAN) with a carrier I love (Verizon) or to any available wireless local network (WLAN ).

Some day I may see my way clear to have a tablet computer. But for now the combination of virtual keyboard and being tethered to AT&T made picking up the first really viable tablet computer a non-starter for me. So I am parking my big, heavy 17,” full keyboard (including a 10-key) and powerful Toshiba Laptop on the desk and carrying a very capable HP Mini 311 11.6″ netbook with a 92% keyboard. Still have to get use to the smaller keyboard but the learning curve is not steep and I have the same wonderful tactile feedback. For once, I am not on the bleeding edge. I must be getting old.

The business lesson for me here is one about which we all dream. Back in 1873 a gentleman created an open sourced design called the QWERTY Keyboard. It is still ubiquitous today. Who among us would not want to invent such a product? Who would not want to have their invention be a world changing design that despite the original reason for the design disappearing, lives on because of all the human investment in familiarity? Maybe the thumb typist and the “two-finger hunt & peck” typists will be able to overcome the need for the mechanical keyboard – yet, it is hard to imagine we will start using another layout even though we no longer worry about key jams.

[Update 3/3/2015: I now use a Nexus 7 tablet for notes with clients and an Android Smart phone (no land line). The “thumb typing” is okay for those larger screens. I’ve also retired the HP Netbook in favor of a Lenovo Ideapad with a full sized keyboard and touch screen. My partner (and wife) uses a Microsoft Surface Pro tablet with a snap-on Bluetooth keyboard. Things have definitely progressed!]