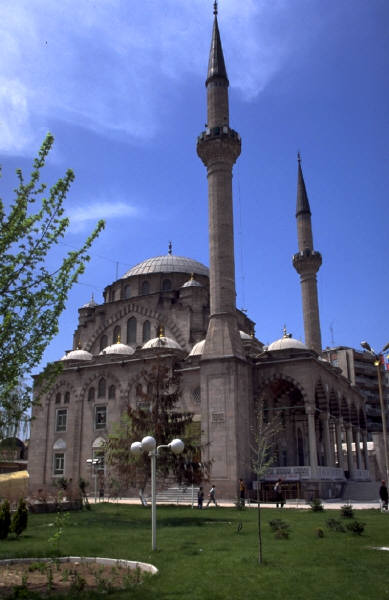 (Note: link updated 2/22/2015) I don’t know where this quotation originates; it is on a card provided by a packaging company without attribution. I love it anyway though. Of course, leadership is more than just an action, it is action from a new view of the world, not the same old actions we’ve always taken. To me, that is the very essence of leadership – finding a way to have the world occur differently to yourself and others and then taking actions to reach that new view, the new vision and mission.

I usually avoid politics on this post (though not on others) because it is too emotionally charged to get any clear points through to the readers. And of course, I realize that I have my own biases with which to deal. All one has to do is look at the vitriol being printed and spoken these days to realize that no one on the extremes seems willing to change how the world occurs to them or even admit that they only have a particular view and that others have an equally valid view. Some insist that they and they alone are “right,” and further discussion is useless. So I avoid the topic most times.

In this post, however, I want to tackle some of the comments I’ve been hearing on the news shows (which I also usually avoid). The reason is because those comments deal with leadership. The comment was made that the President has gotten way out in front of the people; too far out, on a very controversial topic – the Mosque at Ground Zero. When a “leader gets too far out in front of the people, they are in trouble,” was the commentator’s statement. Uh, I’m having trouble with this. Forget, if you can, who’s President and forget the craziness around the unreal fear people have of Muslims for a minute. I know, it’s hard. You’re already saying things in your head that will stop you from being clear of biases. The point is, we are a nation of laws. Our declaration is that we are all treated fairly and consistently. The declaration is that the government will make no laws or regulations favoring one particular religion over another. The President reminded us of that. He reminded us that if we abridge the rights of one person or group of persons then we abridge our own rights.

Personally, I think that the Islamic group making this decision is making a bad one from a PR point of view. They must get that according to one wag 70% of the American public thinks this is a bad idea. However, the President is correct on this and he is leading. Should he look at the polls and decide to follow the people’s opinions on this topic regardless of law? I think not. He would not be leading he would be following. Instead, he has done what all courageous leaders do. The leader keeps the team and the organization on mission. Our mission is to be a land of the free, where any citizen can, within reason, pursue life, liberty and happiness without her neighbor forcing his or her views upon her.

I still think, personally, that the Islamic community has a chance to show some sensitivity. On the other hand, they have an opportunity to make us stop and think about what it really means to walk the talk. It is my understanding that the property on which the Muslim leadership wishes to build their Mosque is private property. It is my understanding that they have met all the requirements of the laws and regulations of the various governmental bodies. Do we walk the talk or are our values situational? Do we treat everyone equally or do we change things to suit us or a majority. The whole purpose of our constitution is to protect the minority from the will of the majority; and the majority from the tyranny of the minority. The President is, in my opinion, leading us. Will we “get it” and go in the same direction or will we, as a country, not lead the world as a shining example of freedom for all? The President isn’t wrong; he is leading. Are we courageous enough to follow?