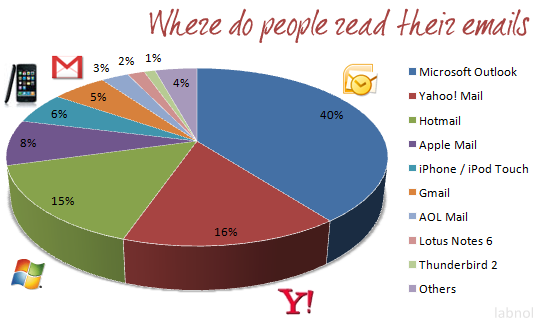 WARNING: Geek-speak is about to happen in this blog and it’s not really about leadership (at least not directly). I think this is more about catharsis than it is about anything else, yet some of you may be amused by the trials and tribulations of a died-in-the-wool technologist, suffering at the hands of technology.

And I have just about always been at the bleeding edge of technology. From the time I stumbled through the wrong door at college and wound up outside the computer center (with all its punch cards, plug-wire printer boards, high-speed chain printers, and IBM 1620 – boy does that date me, eh?) to the present when I just about salivate over the latest in PCs, Smart phones, tablet computers and what’s going on over in the bio-tech field. I love it when my Scientific American and Technology Review magazines show up. So as you might guess, I have for many years had one kind of so-called smart phone or another. I even started with the old PDA that simply was a calendar/contact list/note folder and fancy calculator that synchronized (painfully) with my PIM – which has almost always been Microsoft Outlook.

My “Apple-head” friends will love this story and will believe they definitely would never have had this problem. They might be right, but who knows for sure? Anyway, I don’t have an iPhone and will not have one as long as it is tied to AT&T. In my opinion, that was a very bad decision by Apple. I almost never have a dropped call, almost never have a “dark spot” in coverage and personally have never had a bad customer experience with Verizon. I have had all of those negative things and more with AT&T, so they won’t get me back any time soon.

However, my latest smart phone is the Blackberry Storm. I love it – when it works. Which it mostly has, up until this past Friday (8/6/2010). Some many months ago, my original BB was acting up. The screen would not always connect and I’d have to pull the battery to reboot the danged thing. Annoying. So I took it to Verizon and in typical fashion they worked hard to try and get the silly thing to fail so they could easily give me a new one. It wouldn’t fail for them, so they offered that they would give me a new one if I wanted, but unfortunately, they wouldn’t be able to extend my warranty period. I took the new phone anyway. They made sure the data was backed up, deactivated the old device, activated the new device, made sure that all was working as it should and wished me a great day. And so it was. And even as I went to China with my BB, I didn’t lose connection, never lost an e-mail and had a fabulous experience with carrier and device. Until Friday.

That phone is the only phone I have. If it doesn’t work, I don’t have a “phone.” I can and do use the PC and VOIP to make calls, so I am not limited in outbound, but incoming is another problem for friends and clients. So I was pretty concerned when, after hanging up with a friend, my phone wouldn’t disconnect. It was hung up. So, on to one of the more annoying thing about this phone, to really reset it, you have to pull the battery and then wait for a very long boot cycle. It wouldn’t boot. Nothing. Not even a sign that it was alive. New battery and AC adapter didn’t help. Off to the Verizon store. But I figured it was “big bucks” time.

But no. My friends at Verizon tried everything to get that silly phone to boot up and determined it just wasn’t going to happen. So they said, “hey, nobody should have to put up with this. We have one of these in stock so we’ll just replace it for you.” Same drill as before, and I walk out of the store with a new phone, a smile and a genuine love of the good folks over there at Verizon. Happy camper.

Until I get home. Score so far? Verizon 1, BB – 0. I was feeling pretty confident that I’d be back up and running in a short time. Why? Because my life for the last 15 years or so has revolved around a Personal Information

Manager (PIM) on my PC. For the most part that has been Microsoft Outlook. And all my contacts and appointments, tasks, notes you name it, are in Outlook or on the PC. And my BB synchronizes with Outlook. So no worries, right? Well, not quite. I’ve been using Microsoft Office 2010 for many months now (full disclosure, I am a registered Microsoft Partner). And I’ve had no trouble synchronizing the BB with outlook. BUT – it turns out there’s a bit of a quirk here. The folks at RIM, for whatever unfathomable reason, have not updated their Desk Manager software to work with Office 2010. Don’t get me started. I have no idea why they have been dragging their feet on this. Outlook is still (I believe) the most used desktop e-mail client (although Gmail is catching up as being the place where folks like to go). How could RIM not be prepared for the new Outlook? Anyway, apparently, as long as one had their BB syncing with Office 2007 and then upgrade to 2010, things would continue to work – for that device and Desktop Manager configuration. So imagine my surprise when nothing would synchronize! Disaster! Hours later, after uninstalling and re-installing software, I took to the blogs and found out about this shameful laps on RIM’s part. I could have saved time if I wasn’t so damned independent and insist on “doing it myself.” Score? Verizon 1, BB 0, RIM minus 10.

The blogs save the day though, and a company whose software I’ve used before and pretty much trust. So now, there’s the round-about way to solve my problem. It’s simple (kind of). Purchase Companion Link which will talk to Desktop Manager and also talk to Outlook 2010 – they were up to speed during the beta phase. Then the DM talks to the BB so all is well. Except one thing, no amount of finagling, tweaking, registry edits, uninstalling or re-installing would get the DM to accept the add-in from Companion Link. More hours lost.

Back to the blogs. No real help. Over to Companion Link’s website and Viola! There it is. Simple. Get Companion Link for Google which will sync my Outlook 2010 with a Google Calendar. Then Google has a free software to sync my BB with the Google Calendar – AND, it will synchronize contacts as well. Score? Verizon 1, BB 0, RIM -10, Google 1 and Companion Link 2. But security is now a big concern.

This is what I love about technology. It is an incredible time saver. Right! When it works it is, and I’m sure I’ll be fine once I get over the hump. It seems like I go through this about once or twice each year. But this year, it’s been twice in the last month. First my PC had a hardware problem that looked all the world like it was a computer virus problem – I lost a weekend there too, until I finally figured out that it HAD to be a hardware problem. This past weekend it’s the phone. But consider what this has forced me to do – put my head in the cloud.

Yep, I’m writing this post on my Ubuntu machine (my son would be so proud), while doing my mail in Thunderbird, while keeping track of my calendar with the Lightning Add-on which synchronizes with my Google Calendar with the “Provider Add-on” and my contacts which synchronize with the Google Contacts with the Zindus add-on. All of which are based off my PC and Outlook and now sync with my BB. So while Outlook may be the “center of my Universe” for the moment, I am very much at the mercy of the cloud, Google and the clever guys who keep all this stuff in sync. I’m not as far along as some in this regard, however, even for me at this point Google handles: my voice mail, back up for e-mail, 80% of my searches, SEO, document sharing, calendar sharing, news gathering and blog reader. Yikes! They’ve got me! I wish I had chosen the red pill. I’m too far down this rabbit hole!

So now what I’m thinking is why am I doing all that stuff? Why not just move on to the cloud by ditching Outlook all together – I can use the new Windows Live Computing space for the usual office documents and can certainly migrate to another PIM. It’s pretty scary though. Office is so well integrated that I find the thought of working with all the various add-ons and then not being able to easily share with others to be a concern. However, Microsoft had better be, and I believe they are, looking at all the new ways that folks can find to connect and share. The next step for me might be to explore some more of this alternative, open source software including the work Microsoft is doing in the cloud as well.

Meanwhile, I have to get back to work. Not only have I lost the weekend, I spent time venting on this blog. I know that means I’m procrastinating for some reason. I better find out what and why. I’ll bet there’s an app for that.

8/11/2010 PS: As if to rub salt in the wounds, after spending additional hours cleaning up contacts so that they transferred in the manner I needed between the three applications (Outlook to Google to Blackberry) I started my PC only to find a download for the new Desktop Manager 6.0 which reportedly will now sync directly with the BB. I’m probably not going to bother since now I’m all set up for moving to an Android phone!