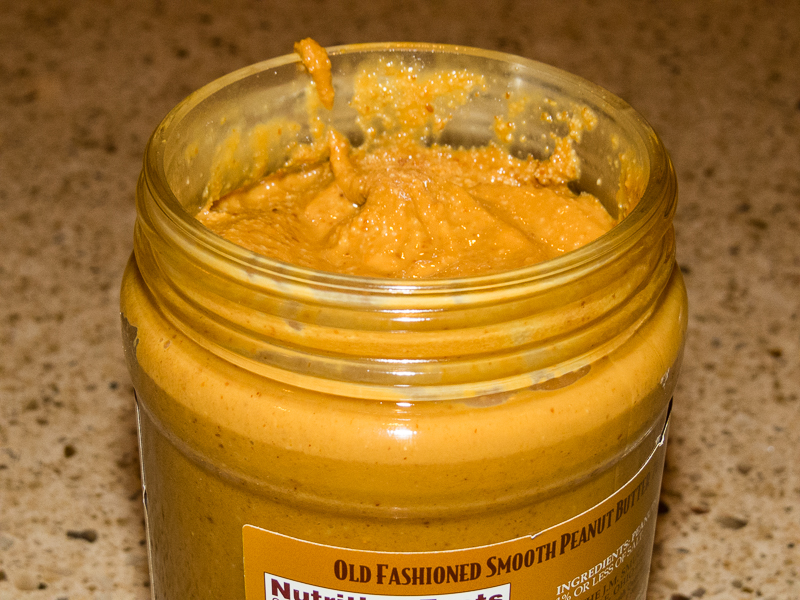 We’re big on peanut butter in our home. As the saying goes, “Peanut butter goes with everything.” The preferred peanut butter is natural – the kind that you have to stir because the oil separates. We put it on pancakes and top it off with maple syrup (the real kind). We make peanut butter and banana sandwiches. We’re known to put breakfast bacon on a piece of toast spread liberally with peanut butter.

However, an astute observer would notice that first, one of us seems to enjoy peanut butter more than the other, or at least, is less likely to use it sparingly. That observer would also notice that one person tends to eat the peanut buttered item first while the other saves it for last (with the presumption that you save the BEST for last). What do we make of this?

I’m not going for some subtle point here, I’m aiming at the obvious. Some of us prefer to get the “pain over with” first, while others want to put it off as long as possible. In discussions with colleagues, I’ve not been able to see these two disparate views of how things “should” be done resolved in any significant way. Instead, the parties will, at best agree to disagree as to whether or not an unpleasant task should be avoided or attacked.

A person’s habit with respect to this prioritization of unpleasant tasks may give us some insight into procrastination, delegation and being effective versus being efficient. As managers, we need to understand how to deal with folks who hold these different world views and inspire them to stay on task – effectively. We also should take this into consideration as we assign, delegate and schedule project tasks.

My own view on this subject is to get the unpleasant, boring and mundane out of the way first and save the best for last – yep, I’m the one who eats the peanut butter last in our house. My spouse tends to eat it first and leave the sweet stuff for last. I don’t think I like peanut butter any better than she does, or not that much anyway, it’s just that I like to save the best for last. I do the same thing with work tasks. I try to get what I don’t like done first (there are some exceptions), and save the more rewarding, creative tasks as sort of a reward for getting the mundane accomplished and out of the way.

The exceptions to this are also instructive. I hate making cold calls – I don’t save them for last or force myself to do them first, I just try not to do them at all. There are also the tasks that get saved for last and the reason isn’t because I like them, it’s because I haven’t settled on how to actually do them. Sometimes procrastination has to do with my needing to let the creative work in my subconscious mind before tackling the problem.

I am no longer judgmental about this “best for last” discussion. You can, as far as I’m concerned, approach things either way and be very successful. To me what is important is to make sure you know what it is you need to do to get the unpleasant, boring and mundane parts of your job done accurately, in a timely fashion and in a manner that supports the effectiveness of the organization. You also have to figure out how each of your teammates, employees and supervisors prioritize their tasks so that you can account for those approaches in your plan.

You will also find that your organization itself creates a culture around how tasks get prioritized. Individuals may not be in alignment with that culture. So I try to establish a culture that is not focused on “best for last” or “best first” but rather on the goal being effectively meeting agreed upon schedules and letting individuals do it their own way. How do you prioritize your tasks? What’s the culture for prioritization in your organization? Should you change it and if so, how?