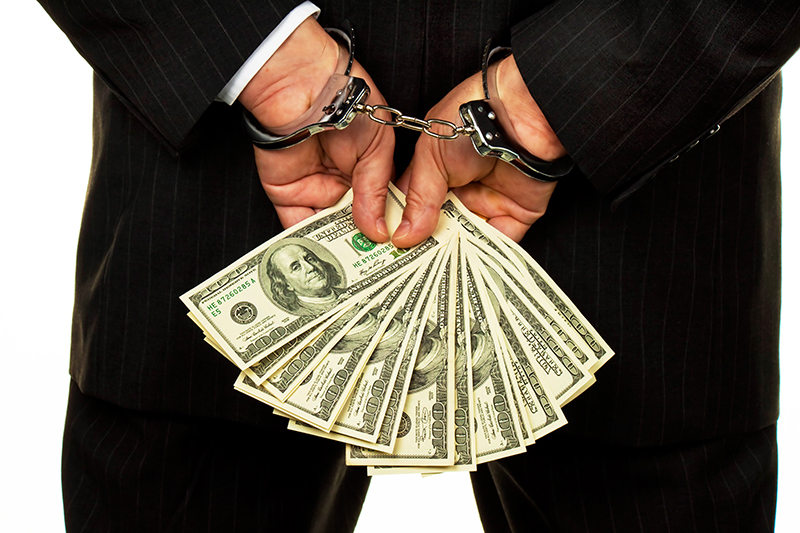 By now we’re used to it. The self-righteous politician who loudly preaches the dire consequences for the country’s failure at family values and then is caught in extramarital affairs; and who none-the-less believes they should still hold their office. Or the politicians and government officials who scream about government waste while feeding themselves at the public trough. And of course, the “fat cat” bankers who (even though their jobs exist today only because the taxpayers bailed them out) believe they are somehow entitled to obscene bonuses. Power, it seems, does in fact corrupt. Worse, the perpetrators are so damned hypocritical and arrogant!

You know the litany: Former New York Gov. Eliot Spitzer was caught with a prostitute after aggressively pursuing the very same crime as a prosecutor himself. Holier than thou Nevada Sen. John Ensign was caught in an affair violating the very family values he preached. South Carolina Gov. Mark Sanford was snared in a simply beautiful irony — committing the same sin for which he excoriated Bill Clinton, all the while misusing state resources in the process. Oh, and when he wouldn’t take stimulus funds for his state. Go figure.

How about the scenes with bailed-out car execs traveling by private plane to beg for money or Wall Street bankers begging aid for themselves but not their customers and now laying claim to outrageous bonuses for their failures. How about Enron, WorldCom, Maddoff, etc.? These insults reinforce our most frequent gripe against the powerful: They are hypocrites.

At least now we can take comfort in knowing this is more than just political wrangling as usual. Nope, it’s scientifically true. According to the Economist, this question of power corrupting was addressed by Joris Lammers at Tilburg University, in the Netherlands, and Adam Galinsky at Northwestern University, in Illinois. They have conducted a series of experiments which attempted to elicit states of powerfulness and powerlessness in the minds of volunteers. Having done so, as they report in Psychological Science, they tested those volunteers’ moral pliability. Lord Acton, they found, was right – power tends to corrupt. But, it only corrupts those who believe they deserve that power.

The reason I am interested in this topic is because of my work in corporate governance and business ethics. I have long given up on politicians. As far as I’m concerned, the equation is simple: Politician = Corrupt. “Hey!” you’ll say, “MY congressperson is not corrupt. It’s those other guys.” Right. If so, s/he is the exception that proves the rule. I am still hopeful about the business world though, and so I give lots of thought to the issue of running ethical corporations. To me that means paying attention to our constituents (i.e. Clients/Customers), paying attention to those who do the real work (i.e. our employees), paying attention to our suppliers and in the case of public companies, making sure we take the long view more often than not despite the market pressures to make quarterly numbers. It also means, in my opinion, making sure we do not have a wide disparity in compensation between those who do the “real work” and those who manage the organization.

So there is a lesson in all this for business leaders. Once we loose our humility, once we become convinced we deserve the organizational power we are given, once we believe we know best what needs to be done without really listening to customers, suppliers, colleagues and employees, then we are susceptible to becoming corrupt (whether you’re a politician or a business leader or a community/religious activist). That may not mean embezzling funds (although clearly that happens), but it may mean we pad the old expense account, we verbally abuse people who work for us, we speak ill of those colleagues around us (who may threaten our authority and power), we embellish our accomplishments (perhaps even taking credit for what others do) and we make decisions that are in our own best interest rather than the organization’s or customer’s best interests.

When I speak of “Shaping the Corporate Culture™“, it is precisely these issues in which I am most interested. Have we as business leaders created a culture in our organization which does not allow for entitlement, hypocrisy, individual greed, large disparity in compensation, individualism instead of teamwork, etc.? Are we as business leaders and/or business owners leading by example? What message do we send when we do not insist on performance and allow marginal employees to stay on? What message do we send when we do not have the customer’s best interest at heart? As business leaders, it is our job to Shape the Corporate Culture for the most effective and sustainable organization. How are you doing on that score?