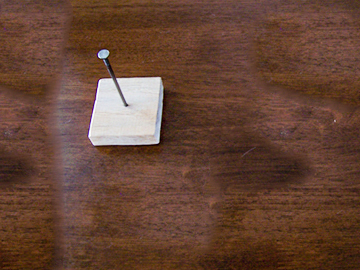 One of the blogs I frequent recently had a post about the trials and tribulations over hiring a “star” versus hiring someone who is a “team player.” There were lots of different views in the comments and of course an abundance of sports metaphors. Being a non-sports fan, I was more inclined to remember a first season episode from “The Big Bang Theory” in which Sheldon’s team lost a physics competition because Sheldon insisted on answering all the questions on his own. He was the brightest and didn’t hesitate to tell you so. The outcome hinged on the last question and even though a teammate had the correct last answer, Sheldon wouldn’t agree to let someone else’s answer be the official one; they lost.

Being self-sufficient and a rugged individual is deeply ingrained in our culture. We are taught from a very young age to be competitive, to stand on our own two feet and to fight for that in which we believe. Sadly, some young people get the message from the adults in their lives, that winning at just about any cost is what is important. Nice guys finish last, etc. Then we all wonder why we have Enron, WorldCom and Madoff.

The same attitude is often carried over to our work lives, making teamwork difficult at best. Few, it seems, are willing to allow others to win or participate in achieving a goal. Now, before we go too far down the “it’s all about the team” road, I want to be clear that I and many others I know appreciate the contributions of a strong, fair and “heads up” leader. The thing I personally admire the most is a leader’s ability to build a winning team; a team in which every person contributes wisdom, energy and muscle. The great companies I know have strong individuals and they are also strong leaders who know how to build and inspire teams. Getting work done with and through other people is the hallmark of a great leader.

There is an interesting Japanese saying (which I’ll paraphrase) that goes, “The rising nail will be hammered down.” Like our culture, not standing out, saving face for others pulling together for the common good is buried deep in the Japanese culture. It is likely so from the rice farming society where everyone had to cooperate in order to produce enough to eat with scarce resources such as land and water. If one family did not cooperate or was overly greedy in use of land or water, others in the village were quick to shun that family. They soon were forced to leave – the nail was hammered down. This same sense of community has helped Japan to weather severe financial and economic storms. Though not perfect, it seems to have served the people well.

Today, however, Japan is learning to mix the extreme individualism of the West, in particular the U.S.A., with their own sense of the common good and not allowing rising nails. Slowly, some nails are being allowed to rise, at least a bit. And in our own country, there is a movement to hammer down the rising, greedy executives demanding outrageous pay and bonuses. It seems there is a limit to how high the folks who do the work are willing to let the leaders rise. The sense of public outrage was exacerbated, of course, by the awarding of bonuses to executives of failed companies feeding at the public trough. There will be long term consequences from those ill conceived bonus payouts.

It seems to me that in both cases, the young people are the ones that are driving the changes. They are the future and will shape things the way they see fit. So the question is, how we will all manage the changes? We now have many companies with four generations in the workforce? The communications, desires, goals and sense of teamwork are different among those generations. The changes will be wrenching if we do not pay attention and facilitate the change. What will you do, starting in 2010, to make sure that all people are treated fairly, that your employees (and fellow employees) have a way to achieve their own dreams, that no executive is unduly enriched at the expense of others and that your company builds teams that pull together to achieve common goals? Will you search for the “Sheldon” super star as your next hire or will you purposely look for a real leader, one who knows how to build and inspire teams?