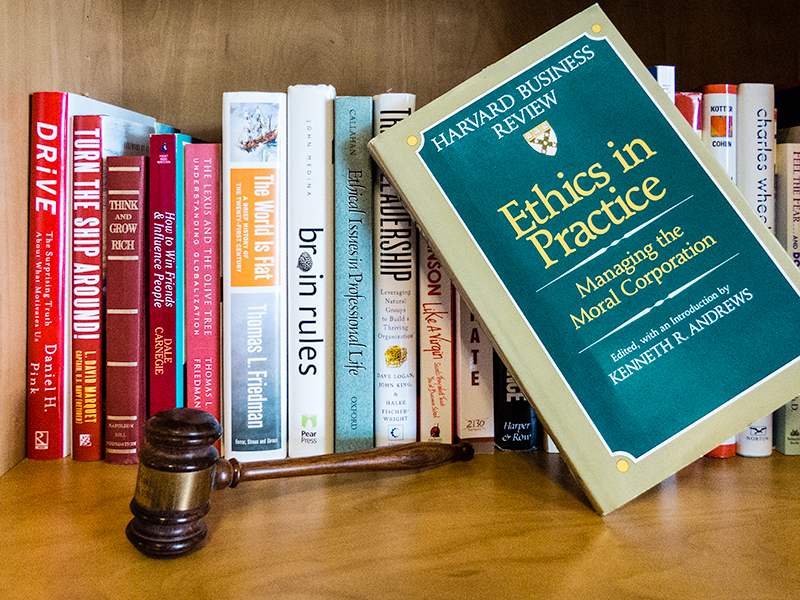 A friend volunteers a the local public library where he sorts and prices the donated books for the used bookstore portion of the library. He knows I speak on Business Ethics and so he called the other day to announce that he had a “really old book” titled “Ethics in Practice.”

It was first published in 1955 and then reprinted many, many times after that. He wanted to know if I was interested and said he’d priced it at $2.00 if I wanted to buy it.

Well of course! It turns out that the book is a compendium of Harvard Business School articles written over the years. I began reading this book the other day and found that even though the cases are “ancient history” in business lives, the messages are still timely for us today. What’s sad to me is that we seem not to have learned any lessons from failures of the past. We still have companies with cultures that allow for misrepresentation and opaqueness.

I’ve seen these very beliefs in action before. They do not necessarily start “at the top.” However, it is the company’s leadership that has to change the culture to be more open, transparent and clear about the values of the corporation. Culture may be described as being “the way we do things around here.” Have you set the behavioral expectations for the corporation and do your actions match the rhetoric? Is the way you do things around your company something that you would be proud to have published in the local newspaper? How do you make sure your employees understand and adhere to the goals and values of the corporation?