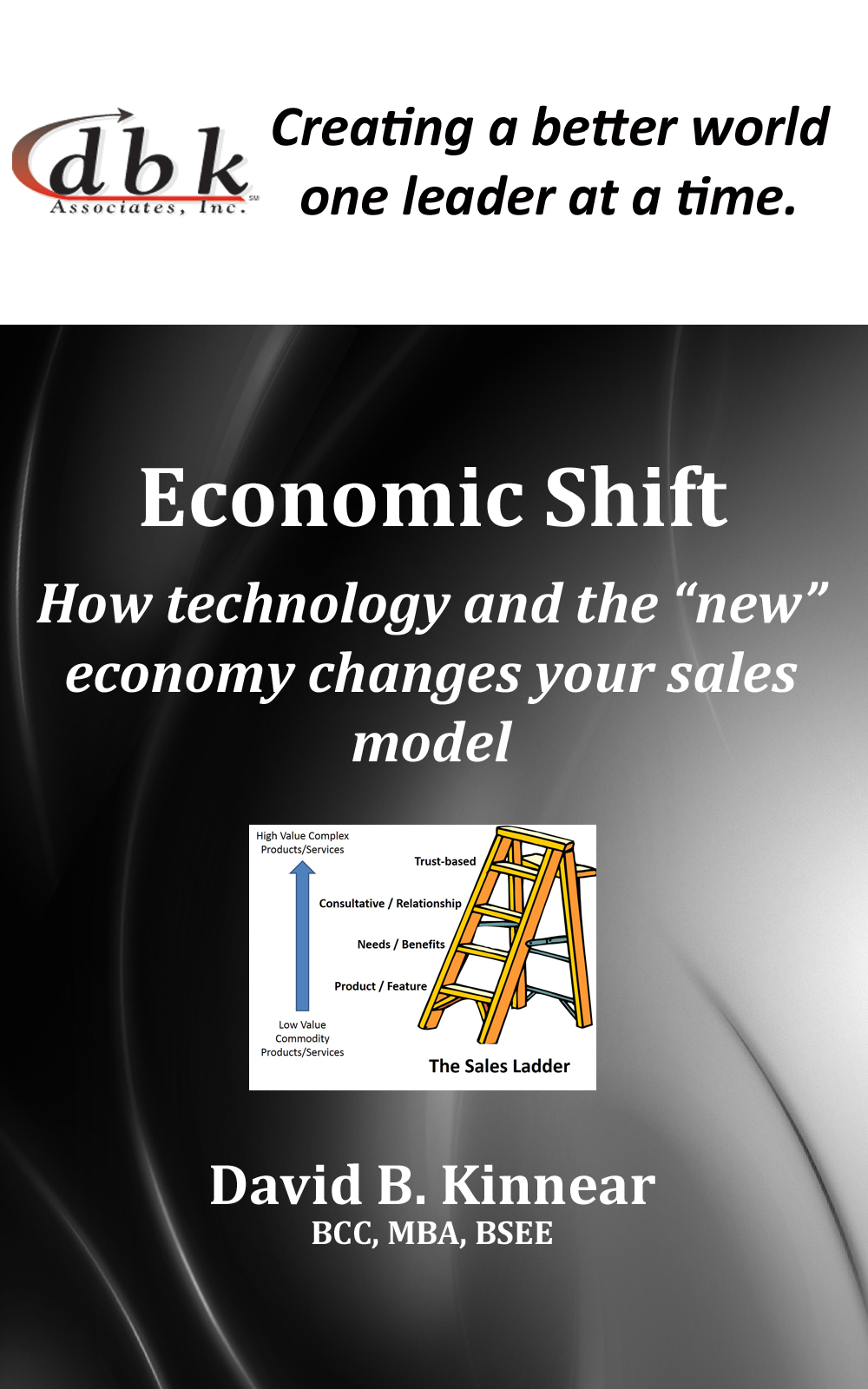 [Updated 9/21/14] If you’ve been following the posts on this blog, you will recognize the similarity between the comments I have made about the art of networking with the comments made on the sales process. The sales skill ladder has four rungs: Product Base Selling, Solution Based Selling, Consultative Selling and finally Trust Based Selling. As I’ve mentioned with respect to sales, the first three rungs are salesperson oriented. The fourth rung is truly, genuinely, authentically client focused. We have the clients best interest at heart. It’s the same for networking!

On the first rung, the so-called networker believes that s/he has had a great evening when they leave the dinner event with 25 or more cards. What a great night! Well, I highly doubt it. What that person has is a bunch of cards, no knowledge of the persons giving them the cards. How could they? 25 cards in a couple of hours? How much time did they spend asking questions to find out how they could help the other person?

On the second rung, the networker is targeting a special interest group which makes things a bit more comfortable to contact people because there is a “common interest.” You can build on that common interest to develop a relationship. My observation is, however, that few people practice the art of finding out what they can do for the other person. They are still focused on their own needs.

On the third rung, the networker is now aware that they need to be showing how they add value. So they tend to speak to others about what they can do to solve common problems companies might be experiencing. However, the conversation is still focused on them even though they are touting their added value. This conversation is fine with someone who asks you how they might find potential employment/client opportunities. But it is for AFTER they ask you to explain, not before.

The fourth rung of the networking ladder is where the accomplished networker spends most of her/his time. They ask lots of questions about the other person. They are genuinely interested in the other person. They are the ones who leave a huge dinner event with only three cards. They’ve spent a minimum of 20 minutes with each of those persons getting to know what they do, how the came to be where they are, what their interests are, what is going on in their lives that might offer an opportunity for assistance of some kind. They make a promise to do something to help the other person and then they make sure they do it. They are careful to choose groups and events that will attract the people they want in their network. They are all about developing trust and serving others–authentically, with no quid pro quo expected. My definition of trust when it comes to human relationships is this: Trust is when I perceive that you authentically have my best interests at heart, not just your own.

This is definitely not a new concept. I’ve observed that very few sales folks, even highly effective sales folks, understand Trust Based Selling. I’ve noticed that the most effective networkers DO understand Trust Based Selling and they carry it over to their networking activities. Those who fail at networking are also pretty poor sales people; they are inconsistent in their results and their customers are not at all loyal.

Here are some resources on these topics:
Never Eat Alone – by Keith Ferrazzi
Trusted Advisor – by David Maister
Trust Based Selling – by Charles Green
Other great resources might be Think and Grow Rich (mastermind concepts), How to Win Friends and Influence People, The Tiberias Success Factor.

What are you doing to network properly? Are you building long term relationships or collecting contacts?